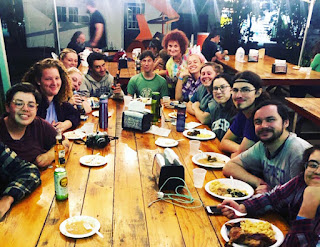 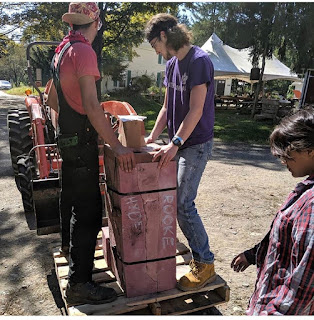 Make-believe was the most defining part of my childhood. There is a freedom the children experience when they get to envision their own fictional world. It is a freedom adults find much harder to find in a world where individuals have such little control over the greater details of life. I carry the stories and ideas created by my brother and I into my artwork as a source of inspiration. My work over the last two years has been building up to a show in which I attempt to capture some of the magic of my childhood fantasy world.

The centerpiece of this show was intended to be a large 3D game board table. Play is a very important concept in my art. It's only fitting to have actual games as part of my show. I wanted playing this game to be a very tactile experience. Therefore, all the pieces would be made of different metals, including bronze, aluminum, and iron. The table itself would have had visual and tactile textures including carved mountains and a machine tiled playing board. 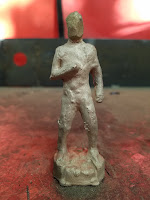 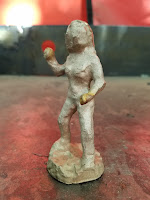 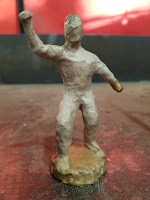 The foundry is where I was developing the miniature figures that would act as game pieces. While my painting practice established the landscape and the wildlife, the beings that lived in this world were all three dimensional. I am sad to say that I only finished three of the figures before having to return home due to Covid-19. The following are examples of the finished and unfinished works along with some of their lore for explanation:


The guild warriors of Versh wield a modified fishing spear as their primary weapon. A Ta”rhee, a long rope with a weight at the end, is often used as an off-hand weapon to lasso enemies and pull them towards the warrior’s spear. This allows warriors to attack without compromising their footing in the muddy grounds of The Fens. The medicinal herb culture, developed in Versh, also gave rise to stimulant concoctions in the guild giving the warriors an advantage in strenuous mud combat. 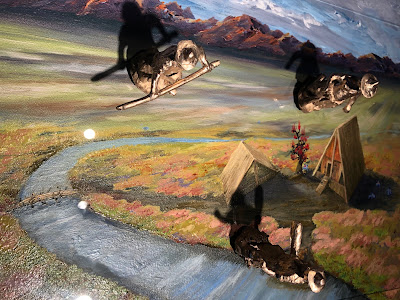 Many dumrii (the largest and most brutish of the three species of humanoids) make their living as protectors for smaller farm settlements that can not afford the guild's services. Despite being viewed as a less intelligent species of delm, their larger stature and greater physical prowess makes them preferable guardians. They can fight longer than delmarie and are less concerned about spending hours trudging through mud. As with most of their species, they wield improvised weapons like large branch clubs or sharpened sticks. 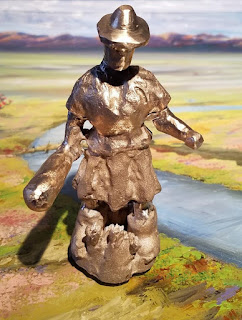 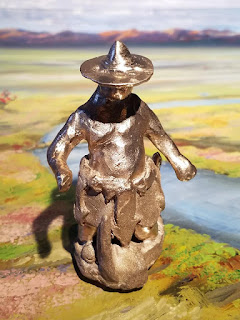 With the rise of elemental magic in the far west, The Fens is the first region to have access to mage craft. Many mages have traveled from the academy and found work both with the guild and as freelance beast hunters in the Fens. Others merely settle in Fen villages and contribute both as farmers and protectors. Most mages that choose to stay in the fens specialize in the elements of earth and water.