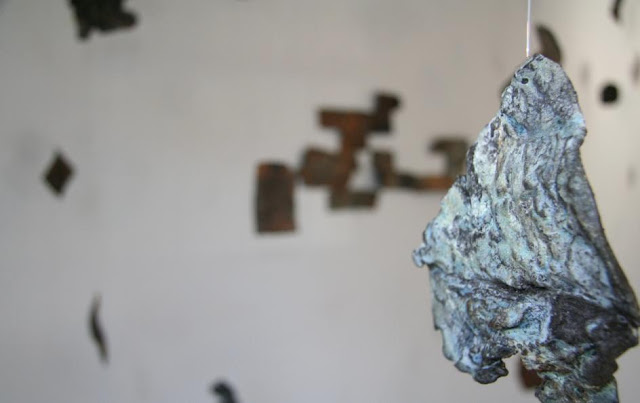 I originally started out thinking about hiking, nature, and our impact on the environment. I was also interested in the idea of camouflaging the material in a way. 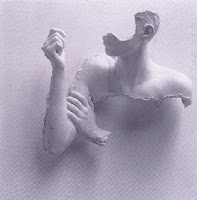 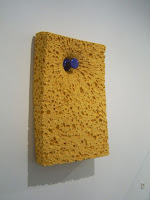 i Pieces by Berlinde de Bruyckere, Magdalena Abakanowicz and Romulo Celdran that I was influenced by initially.

As I was working through my ideas I started thinking about something temporary that would change over time. That led me to the idea of making a pipe and having a wax texture laid over it that would constantly change depending on the seasons and temperature outside. That kind of went with the idea that our environment is constantly changing as we keep walking on it and basically just keep living in it. I also started thinking about combining more industrial elements, like the pipes, with the more natural and textural elements and the dialogue between those two. 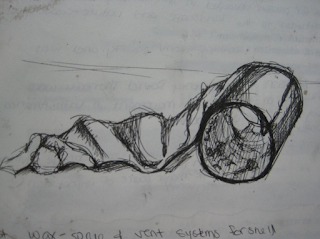 ii Original sketch of my idea 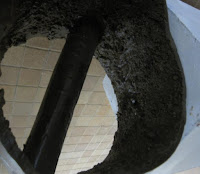 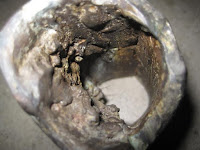 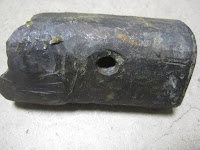 iii Wax and bronze pipes and textures I experimented with. 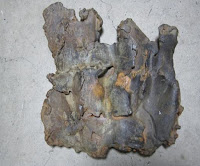 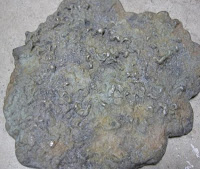 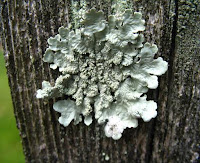 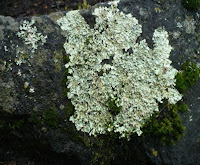 iv Textures I cast out of iron and aluminum and reference photos of lichen.

I got really interested in the patinas and the different chemicals used. My idea changed into more of a science project. I wanted to display tiles with different textures and patinas in the same way they are put on the wall in the foundry. I wanted to add a written element that said what chemicals were used and what each texture was. I wanted the piece to be more about the process and showing that process at that point. 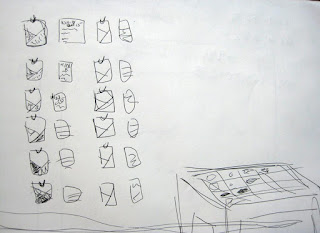 I was also thinking about moving the piece off the wall and onto a sidewalk that people would walk on, so that it would change constantly, which kind of goes back to the idea of the piece being something that is temporary. 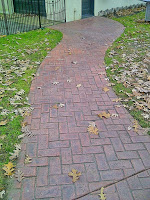 I began to think of these tiles as more of a growth than a science experiment and was trying to think of ways to install them that would reflect that. This made me think of the idea to install the tiles on the wall and have them flow onto the floor so that they come off as growth or lichen that would grow naturally in the woods or on a building. I had all of it planned out for install, but then I cut my thumb and realized it was going to be too big of an installation process to do in a week with stitches so I started thinking of other ways to install.

i Reference photo and sketch of growth idea.

I started looking at Cornelia Parker and hanging sculpture in general and was interested in the types of shadows that could be achieved and how immersive the hanging pieces could be. 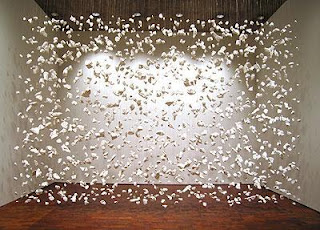 For install I hung the tiles randomly, not too low, but not too high. I wanted you to be able to see every tile close to eye level but not exactly at eye level so that you still have to interact In some way. The idea was to hang them in a way that was reminiscent of leaves falling. The piece is basically what hiking feels like for me. The woods are very immersive and full of all these colors that are kind of like rust and more industrial colors. I think of industrial colors as dark browns, blacks, reds, and oranges. Like the woods, the piece is immersive and all over the place in a way, but not intimidating. 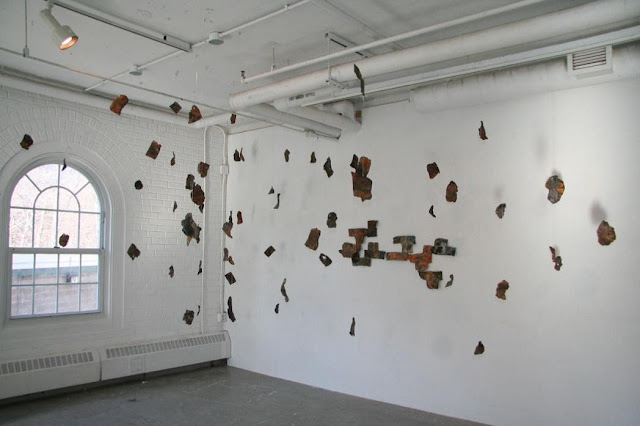 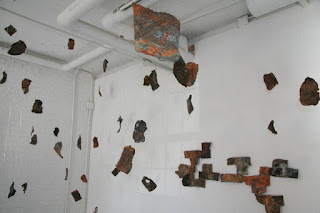 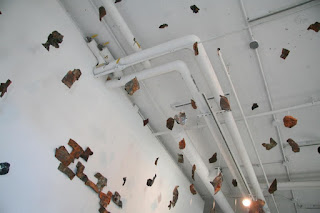 I think the end piece is interesting to me when I consider my process because I was getting further away from my original interest and then by the end of it I had made my way back to the original idea. I think the end piece speaks to my interest in our influence on our environment. It has an industrial feel to it because of the rust on the tiles and the fact that the tiles are metal. The tiles also have the temporary feel to them because the surfaces are going to keep rusting over time and will keep changing because I didn’t seal them with wax. The tiles are temporary because the surfaces are changing constantly, but at the same time metal is not seen as a temporary material. Metal is used for structure, stability, and permanence usually. I want to keep exploring this piece by hanging the tiles in different ways that create new shadows and different ways to interact with the piece. I also want to possibly make more tiles and make more immersive spaces. 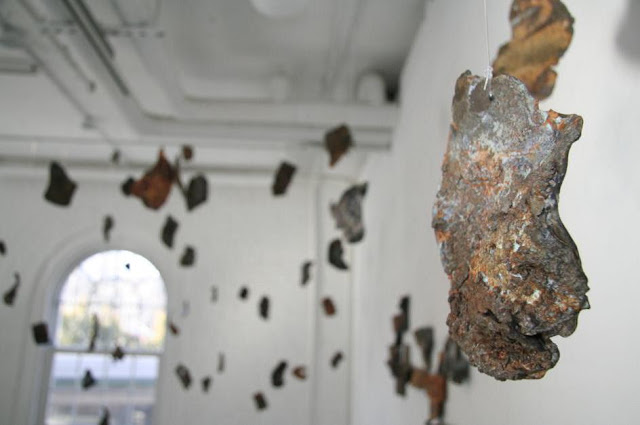 I love going through an artist's thought process on a project. It makes it resonate much more for me. I think it's especially important to think of our impact upon this fragile planet and how art can make that more easily apparent.

Thanks for sharing your process and your work!

I liked the idea of doing all the patina tiles ....something I have considered myself. The installation that you finally chose is really nice. Congrats Morgan Donohue