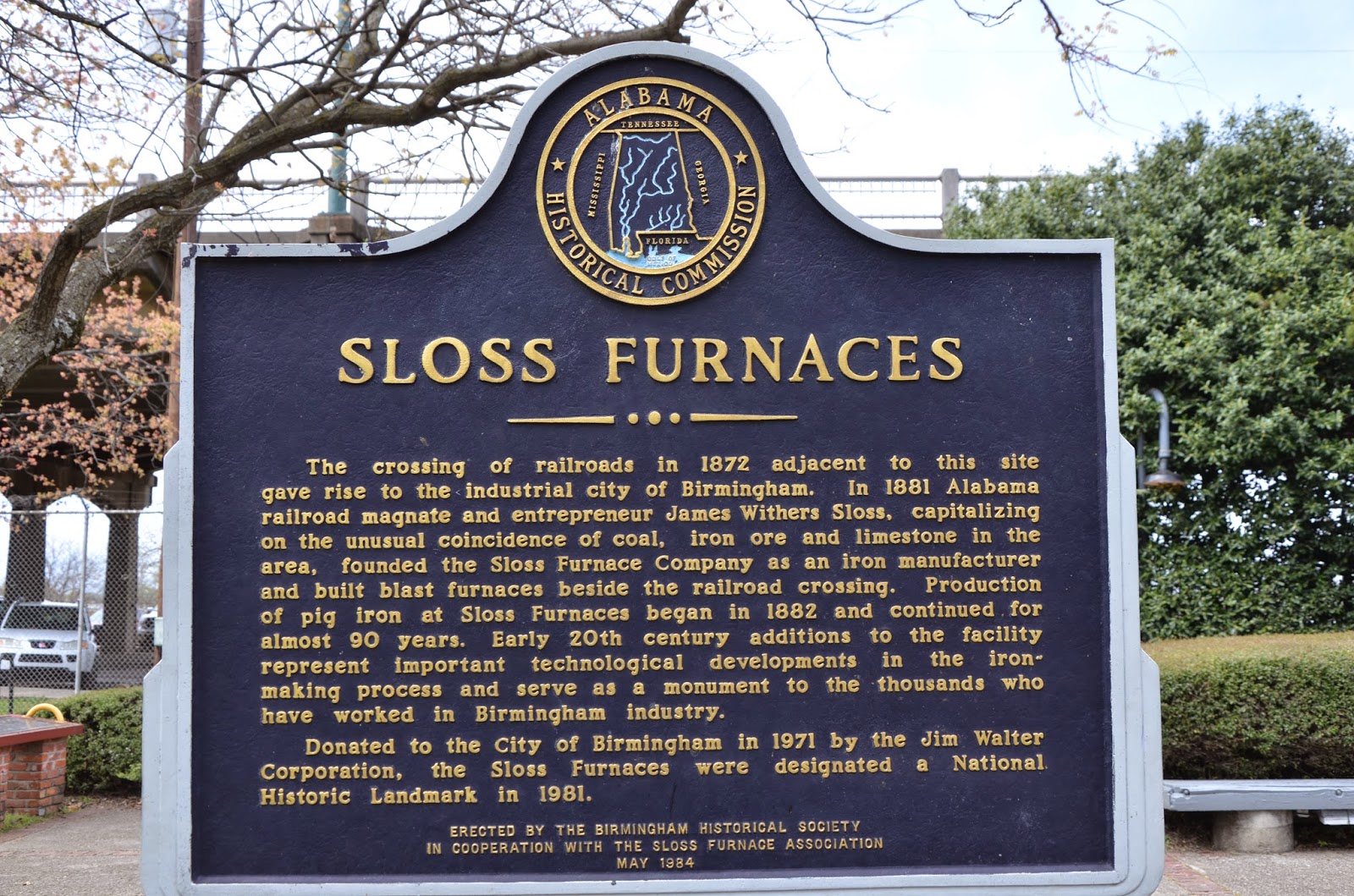 Joining over 250 delegates from around the country at the historic SLOSS Furnaces in Birmingham, AL, Associate Professor of Sculpture Coral Penelope Lambert along with Students Ronda Phipps Kevin Dart, Lily Montgomery, Michelle Kwiecien, Jon Moreno and Foundry Tech Kate Graves  hit the road to participate in the 2015 National Cast Iron Conference, “Breaking the Mold”.
http://slossarts.com/
Embarking before dawn on Wednesday, March 25, our group settled in for the 946 mile drive. We left the land of ice and snow with anticipation of adventures in the southern climes. The drive was long (almost 20 hours, including the pit stop at Shack in the Back in Fairdale, KY). 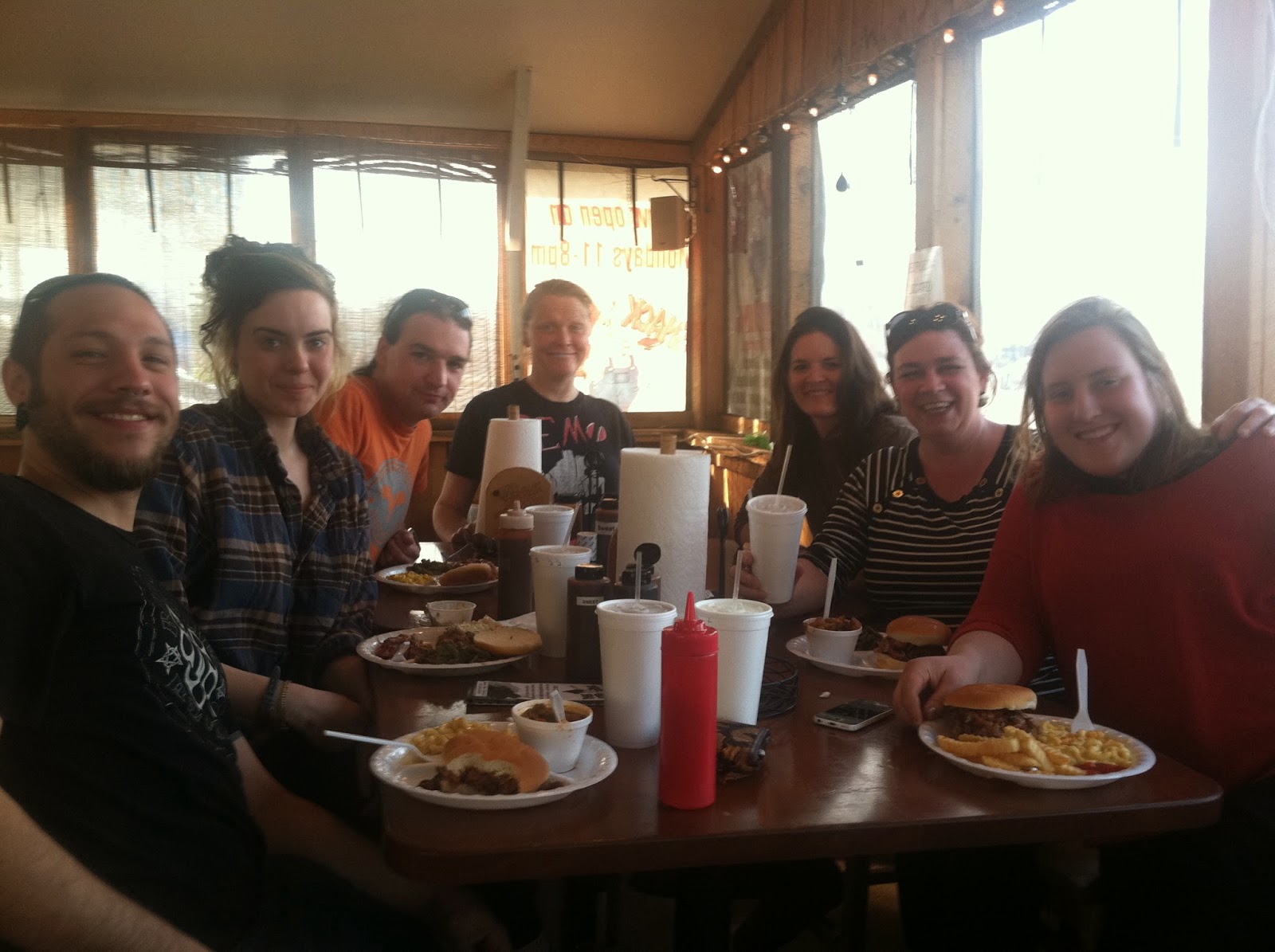 Birmingham was bright with lights as we rolled in well after midnight, excited to see what the new day would bring. 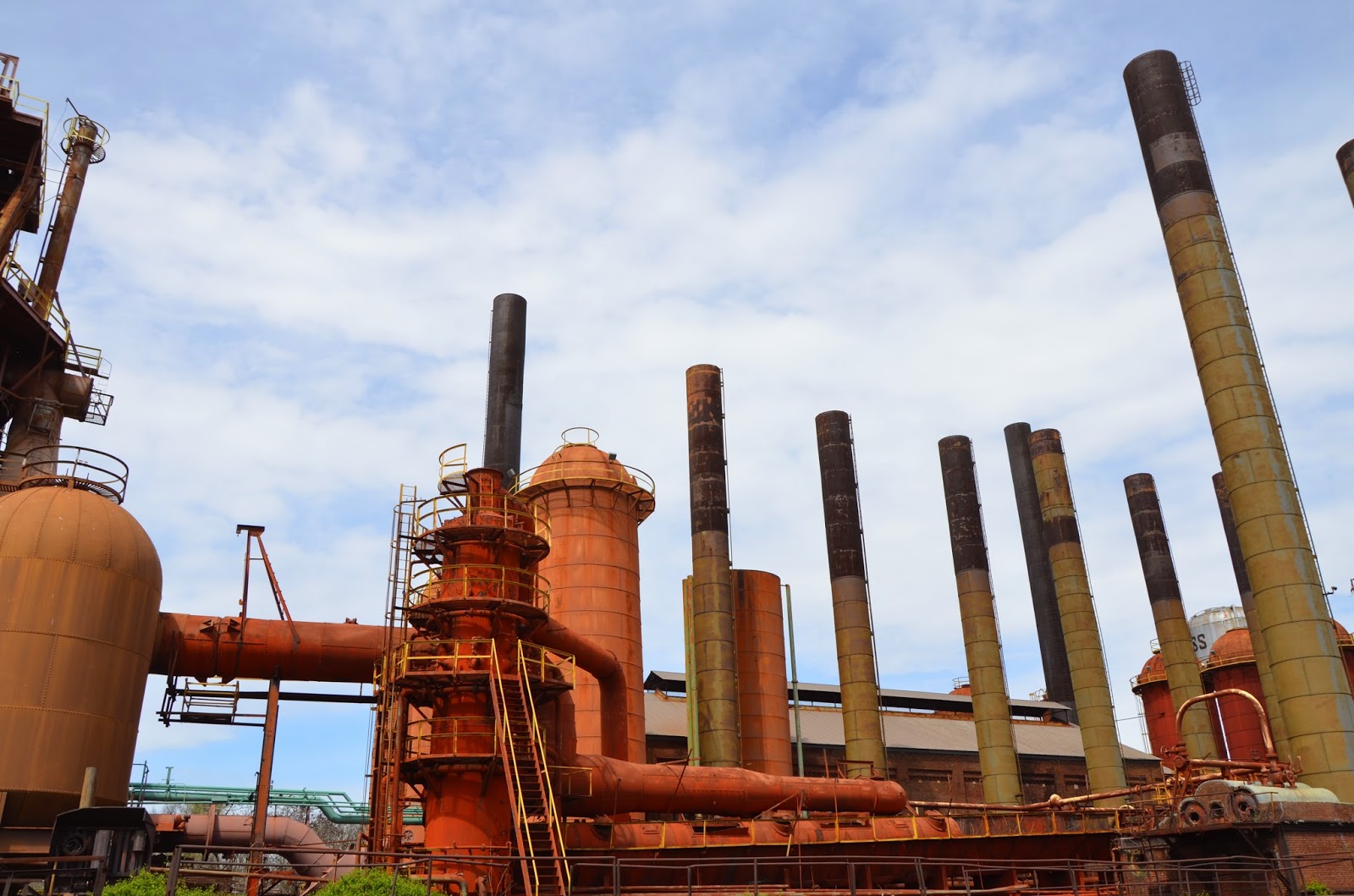 The scale of the site, and its industrial heritage, make it a perfect location for the bi-annual National Conference. Operational between 1882-1971, the website describes their current incarnation as “the only twentieth-century blast furnace in the U.S. being preserved and interpreted as an historic industrial site. The dramatic scale and complexity of the plant’s industrial structure, machines and tools make the Sloss collection a unique contribution to the interpretation of twentieth-century ironmaking technology and presents a remarkable perspective on the era when America grew to world industrial dominance.” 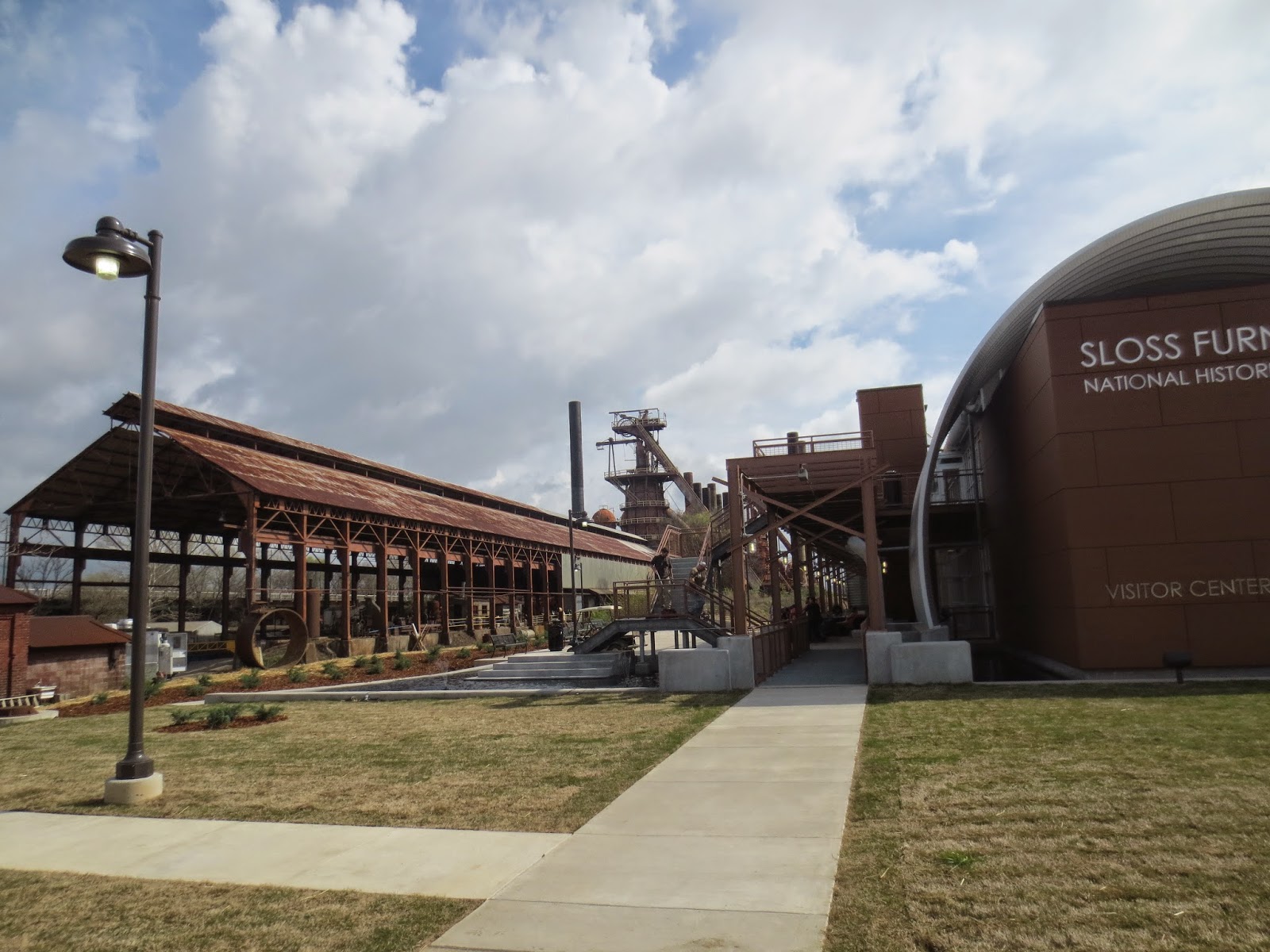 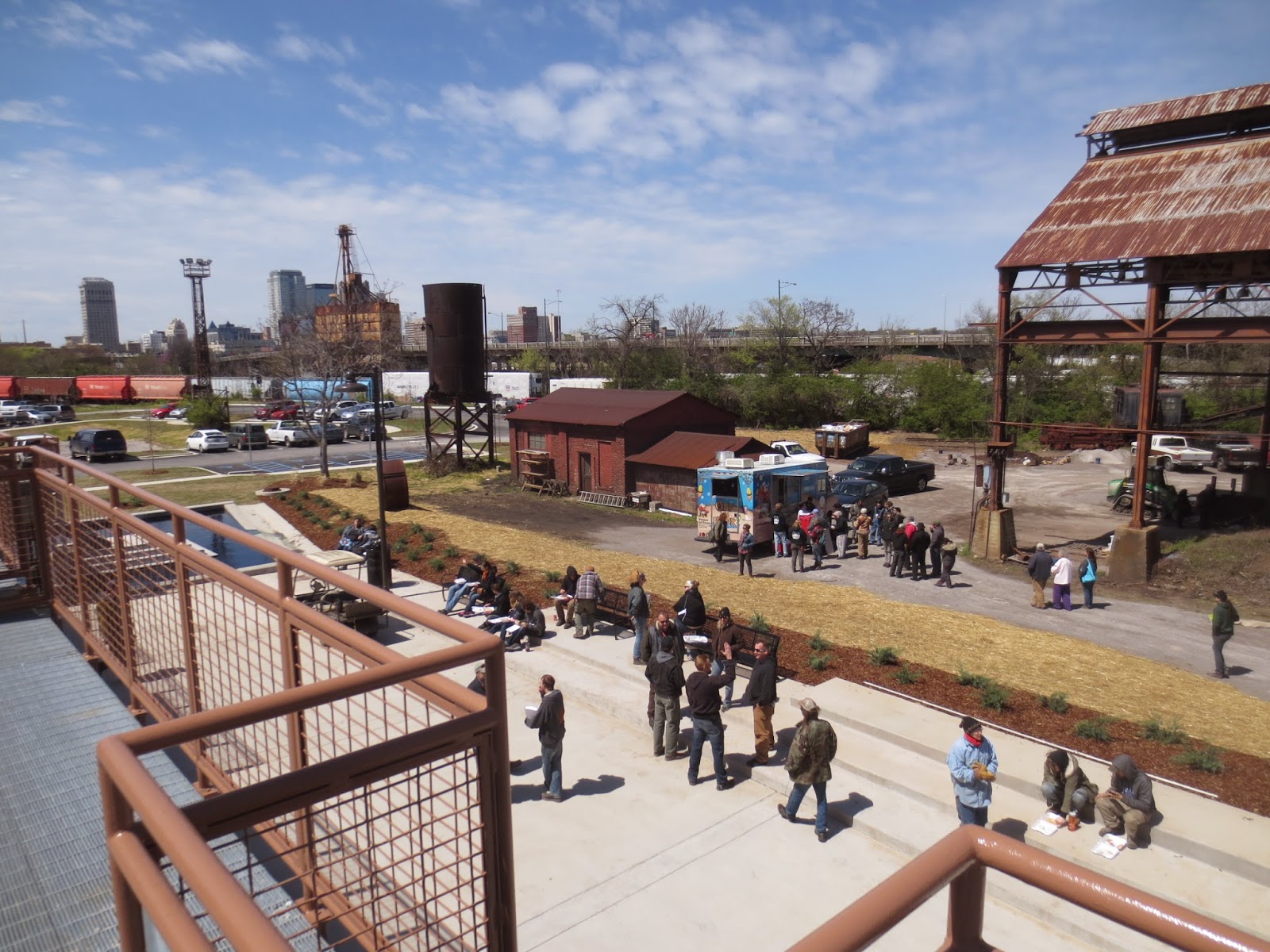 We pulled up to the new Visitor Center on Thursday morning to meet old and new friends, after registering we installed sculpture and got right to it participating in panels, presentations and demos. 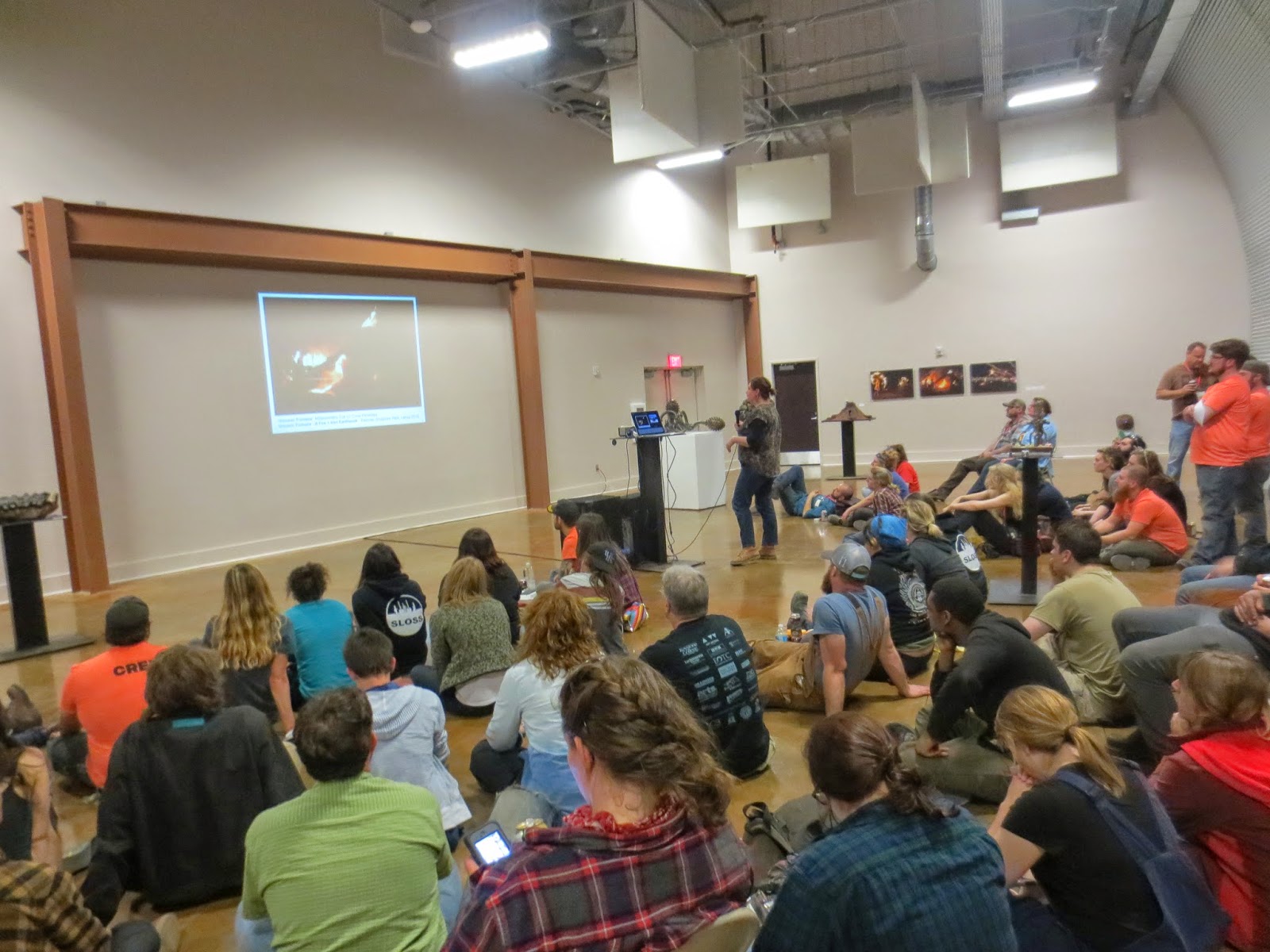 The 20x20 event which was an opportunity to hear speakers on different topics in a fast paced 6 minute line up of presentations, including Michelle Kwiecien and Lily Montgomery who presented work in Glass and Iron as well as Coral Penelope who presented an overview of the National Casting Center Foundry activities. 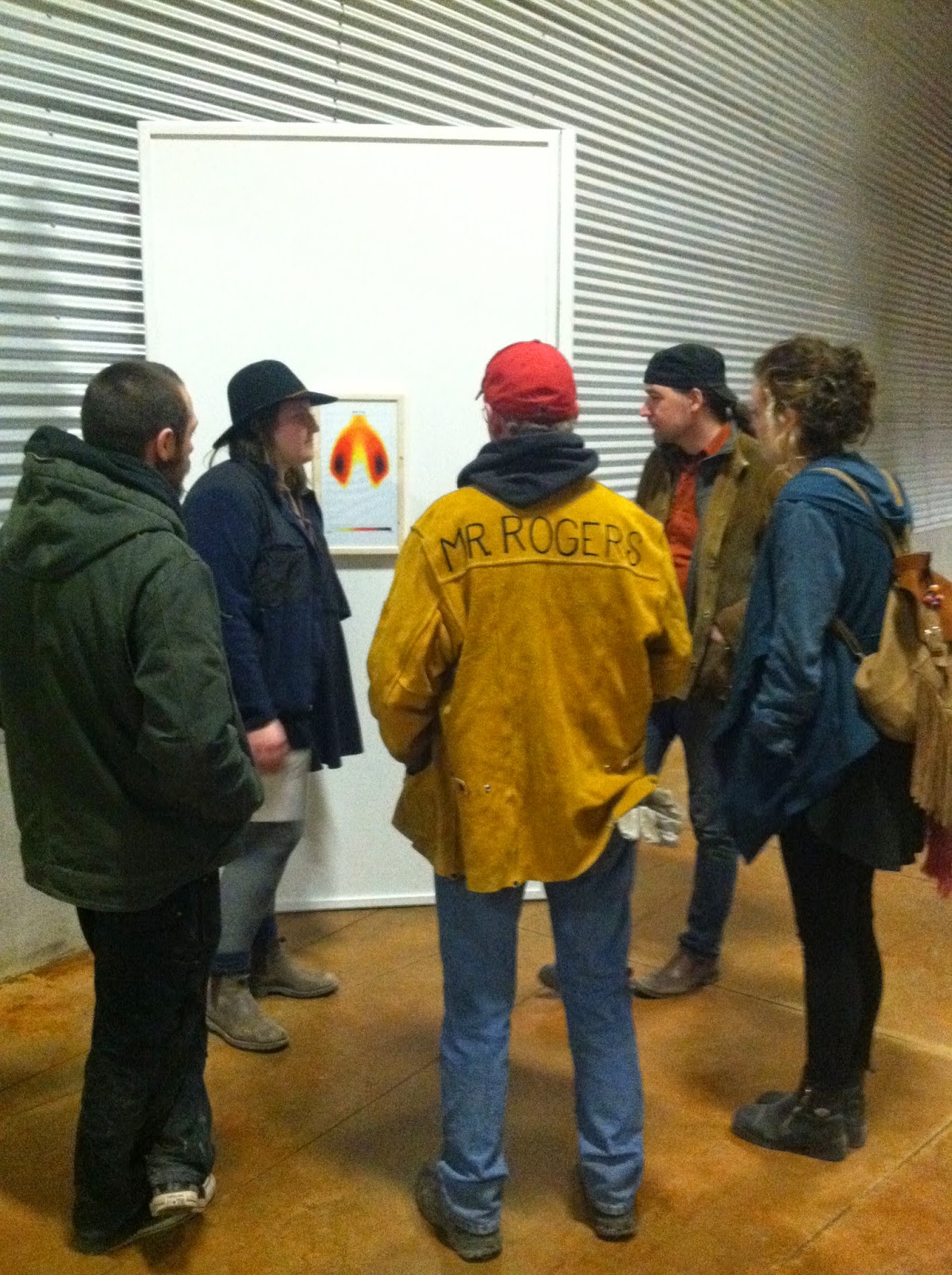 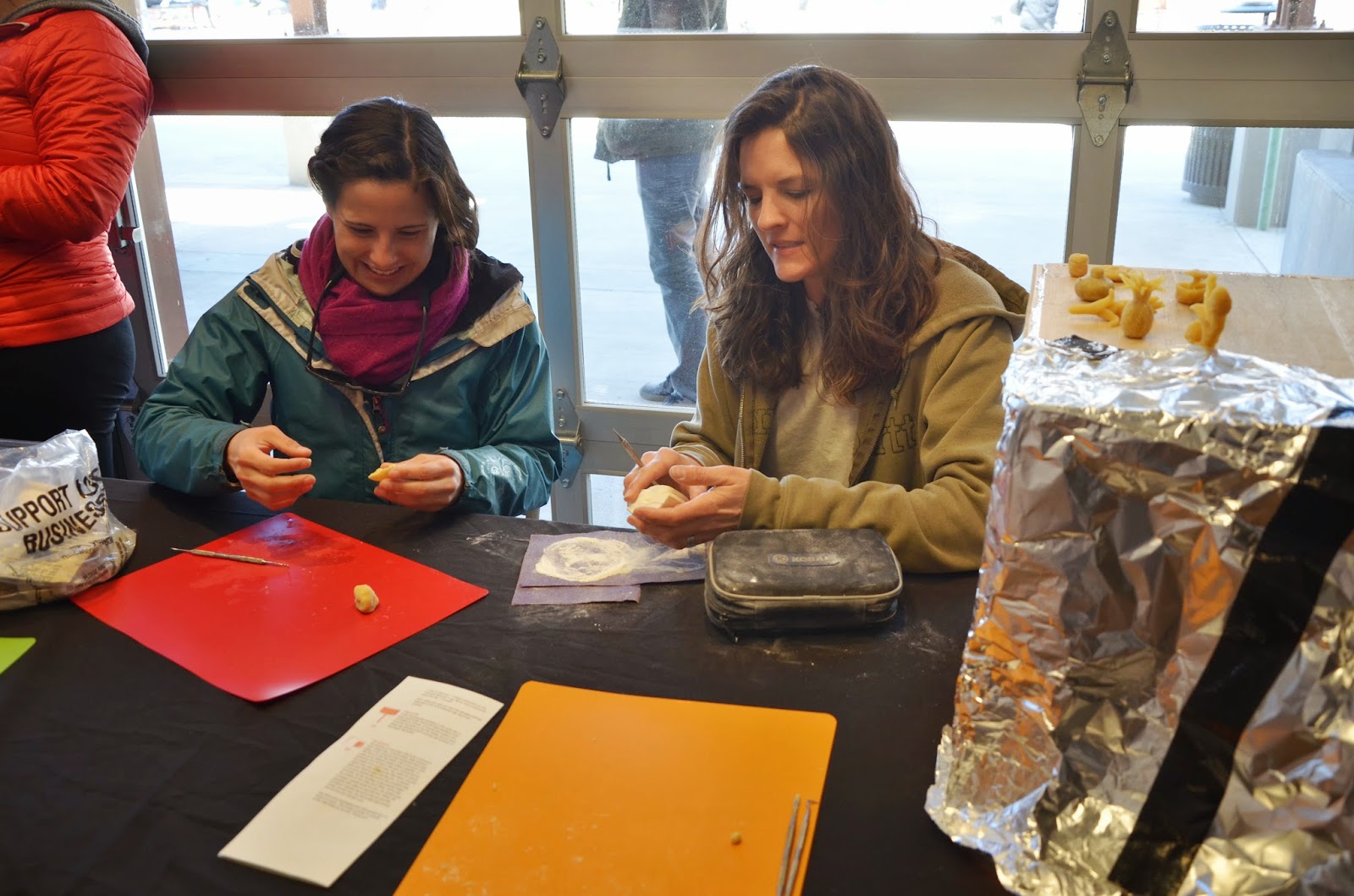 Alfred Alum and Conference Volunteer Rosemarie Oakman was in attendance at SLOSS representing the Alzheimer's Glass and Iron project the she founded at Alfred University, now operating out of Salem Art Works. Rosemarie represented SAW on the organizational panel “Salem Art Works: 9 Years of Casting Outside the Box” with other panelists Nikki Moser from Scranton IronWorks and Rian Kerrane from the University of Colordao. 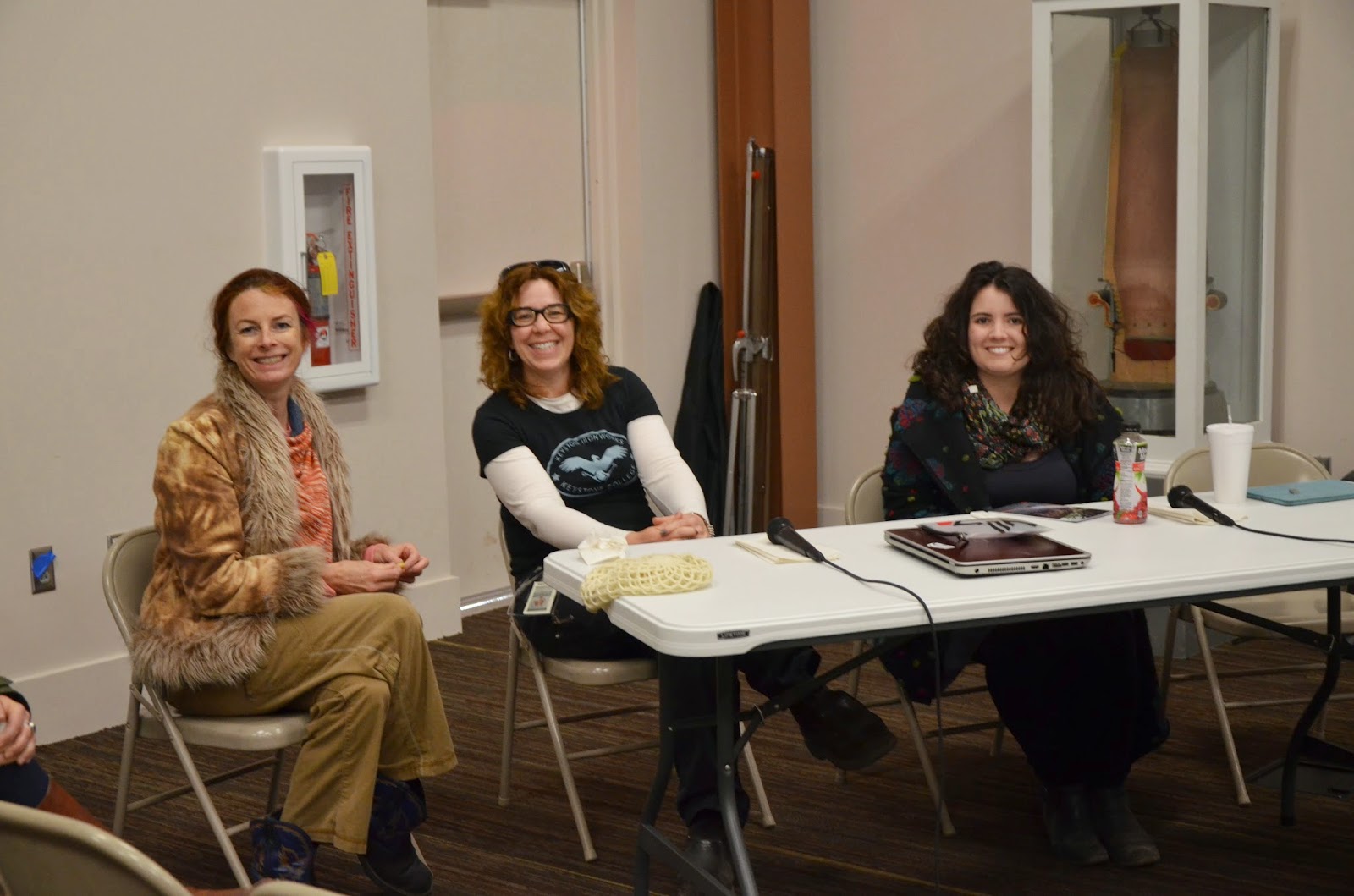 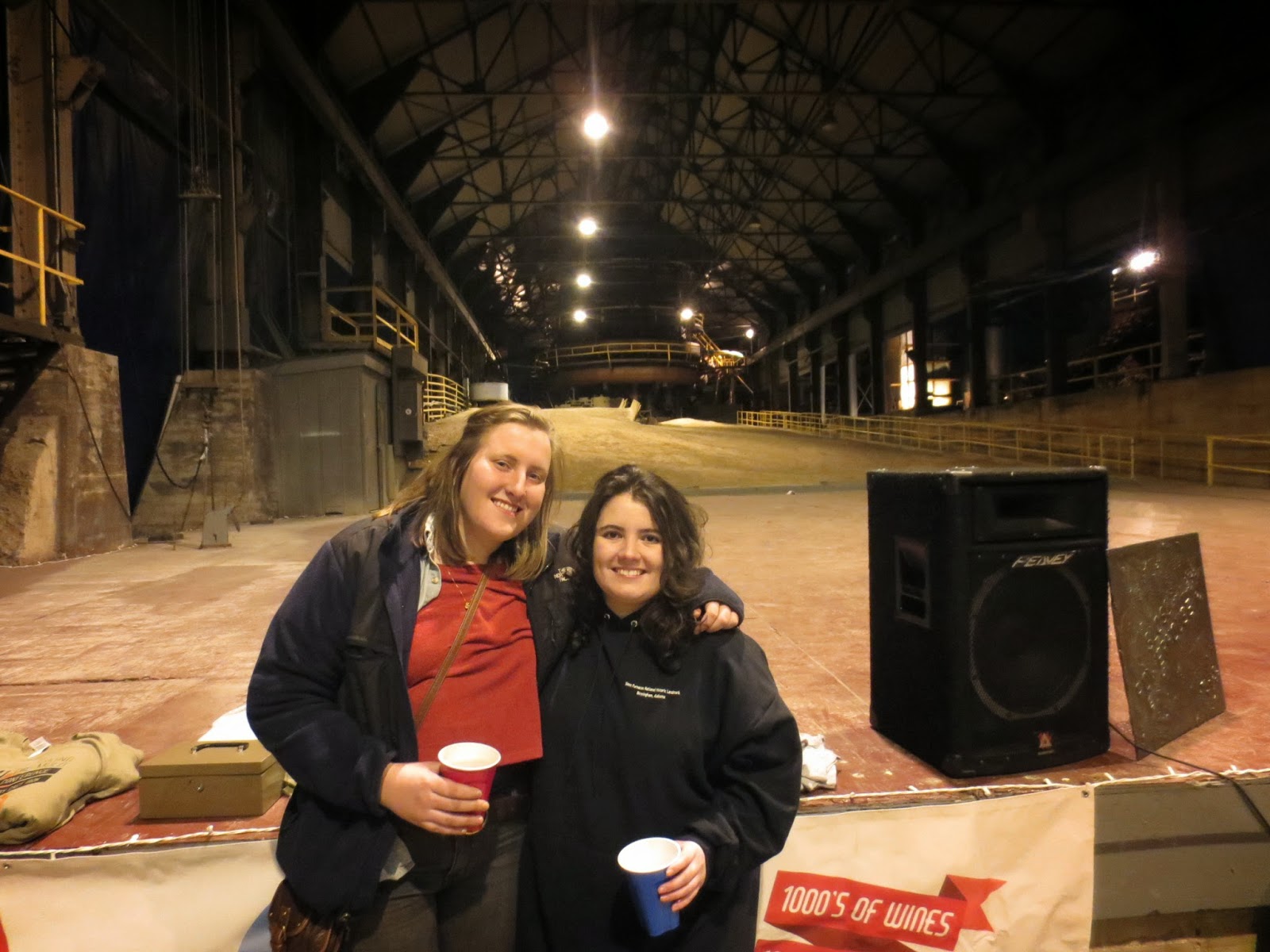 The National Conference is a great way for everyone to stay connected and keep abreast of opportunities in the field. 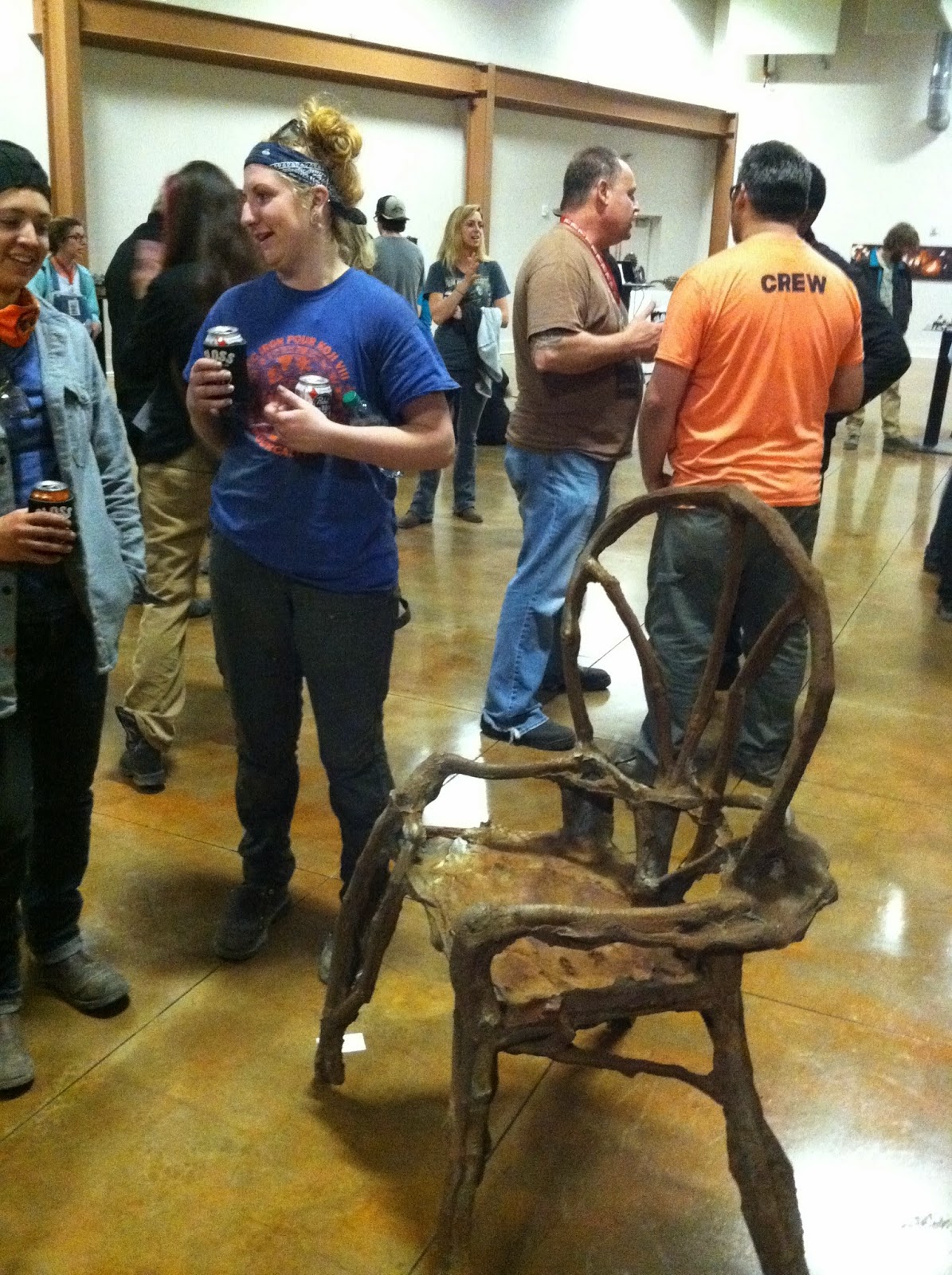 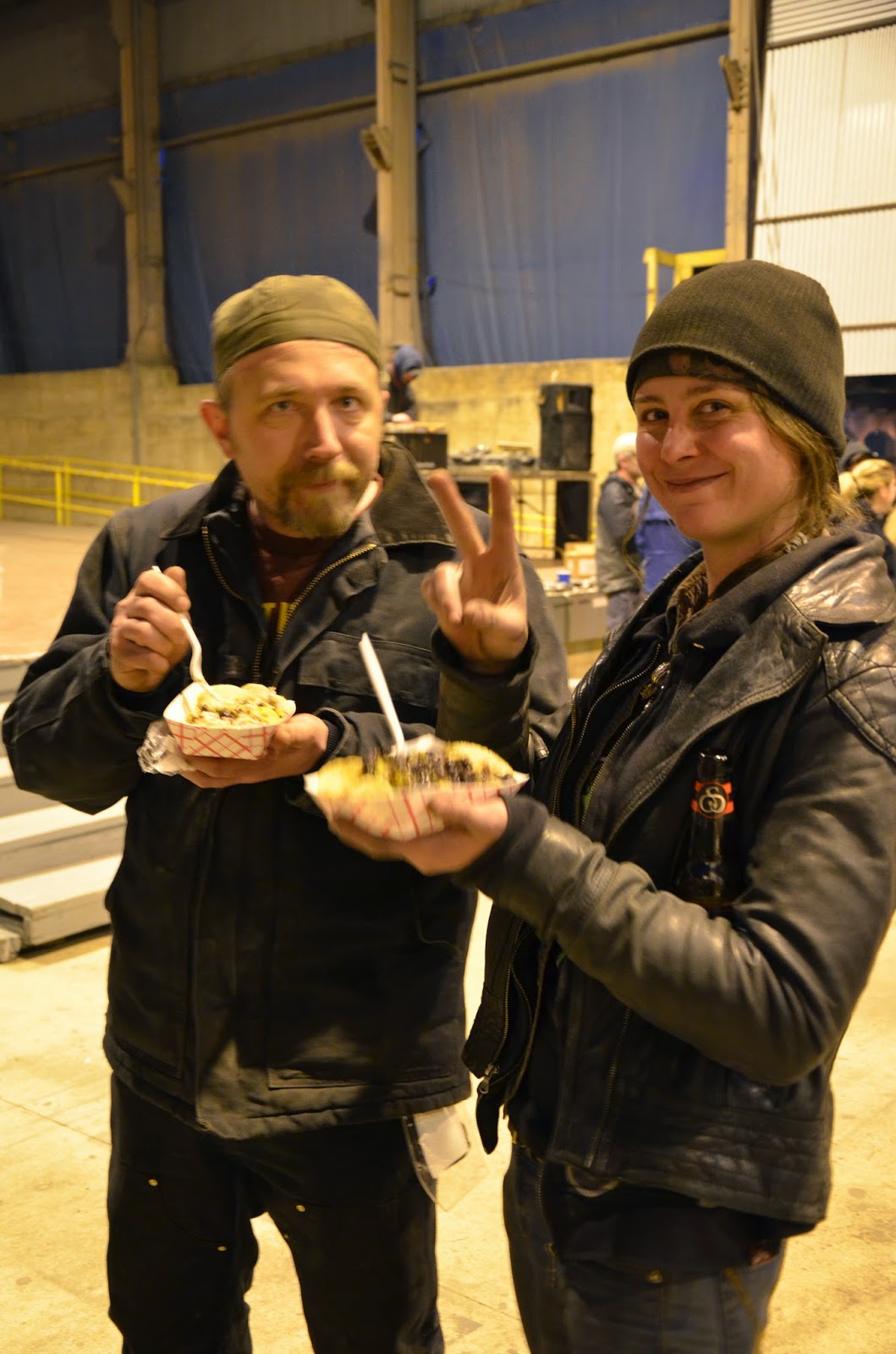 Pictured above are alumni Paige Henry And Jeremy Entwistle.
Sophomore Jon Moreno came ready to assist in pour crew operations and took this video of the large mold workshop that Paige was participating in. 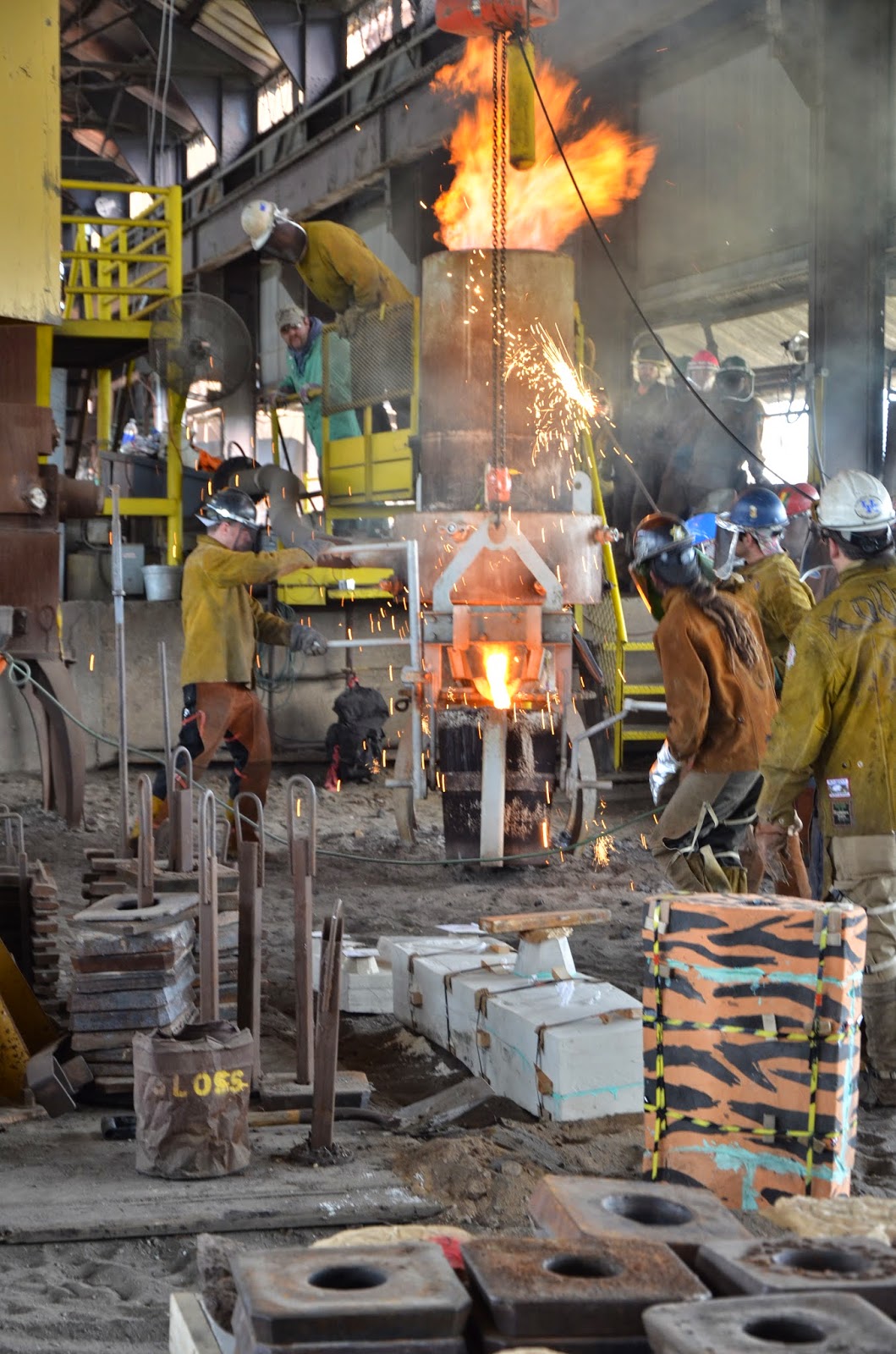 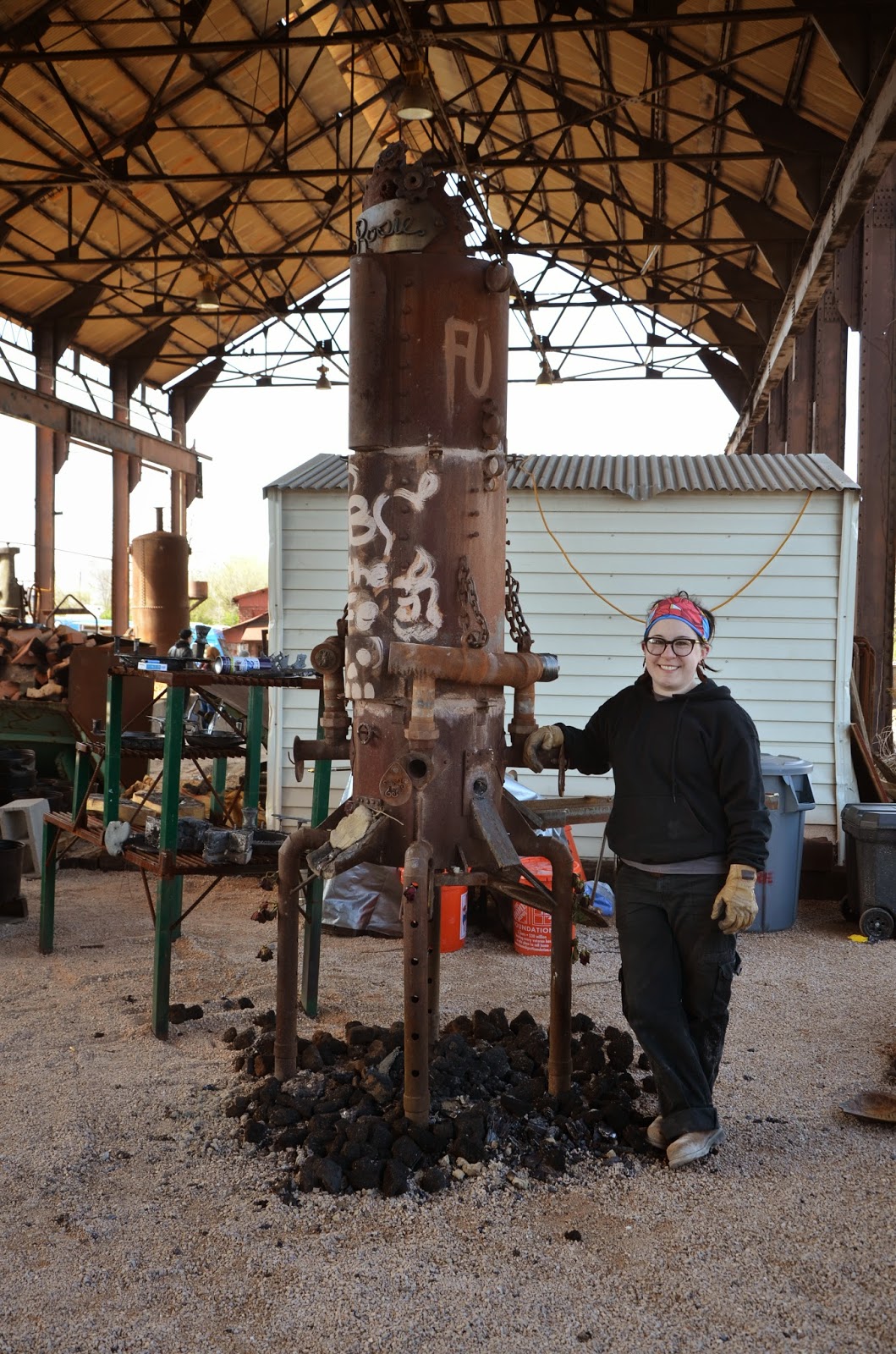 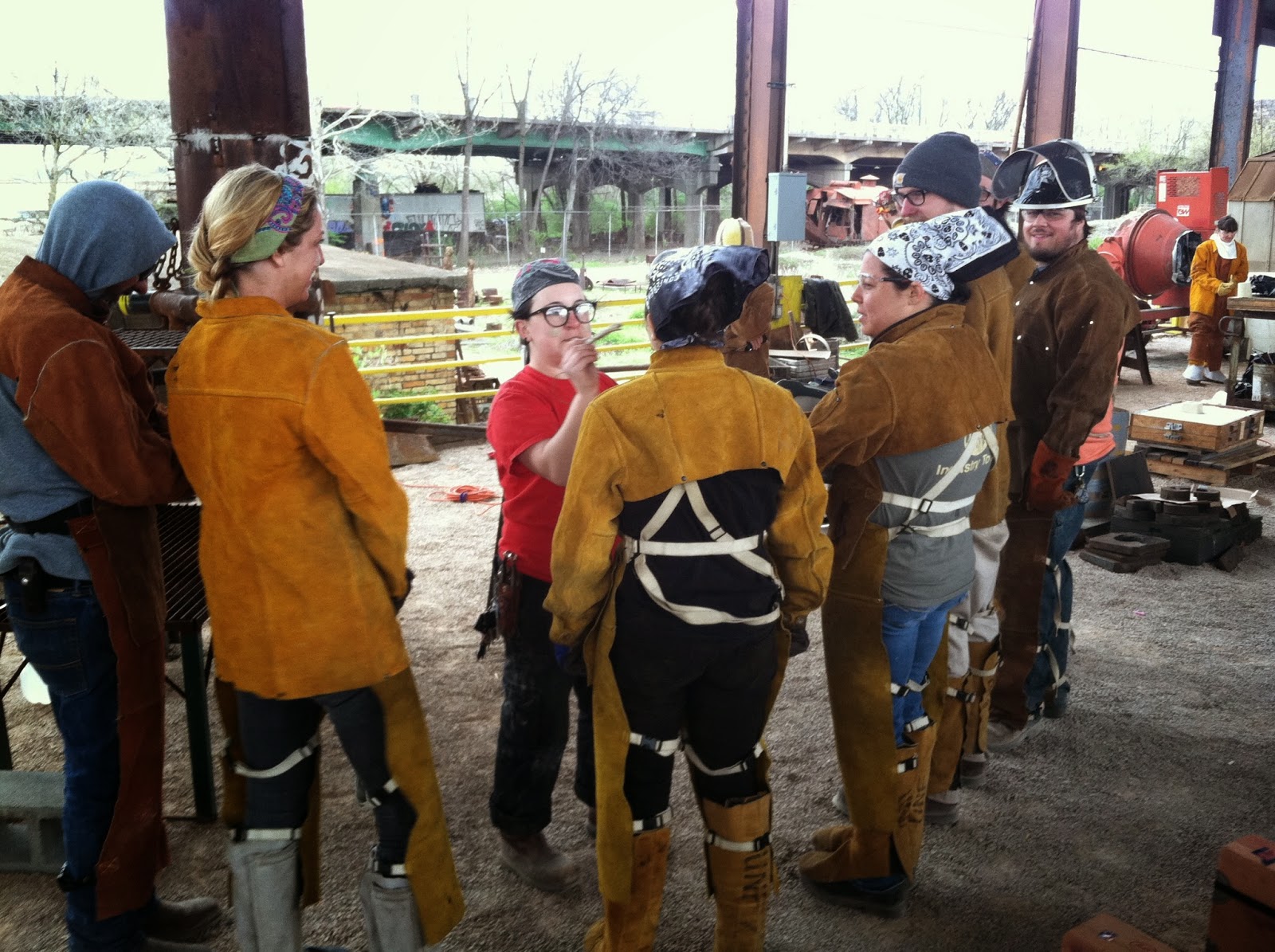 All sorts of furnaces were put to the test, with the student cupola contest and production pours here we see Whitey the Sloss 1000# tapper which is permanently sited at Sloss and then Graduate Student Stacey Rathberts furnace that she bought up from the University of Mississippi. There was also the trash can furnace from California amongst many demos including patinas, powder coating with Alair Wells, cuttlebone molds and rapid prototyping. 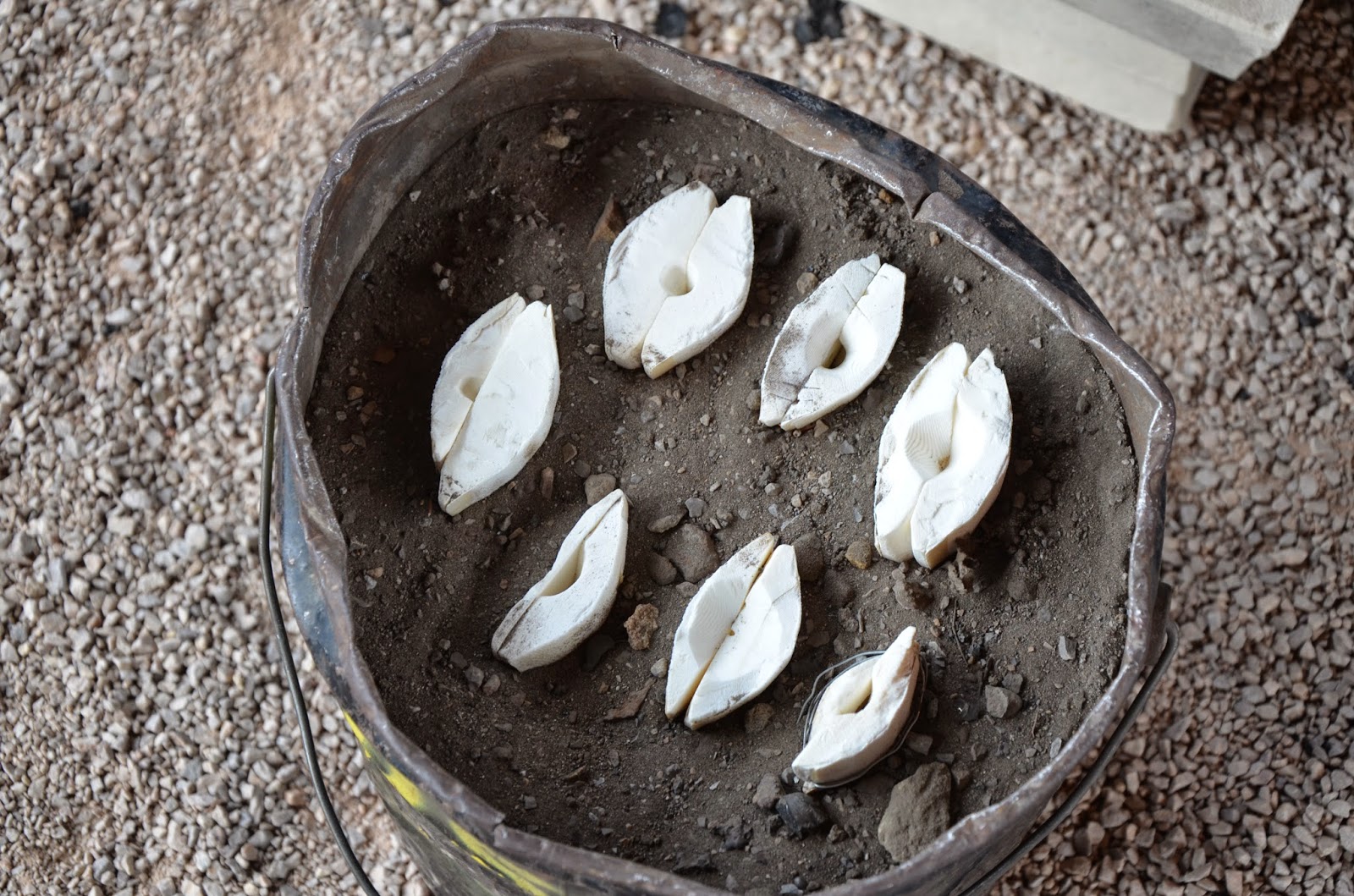 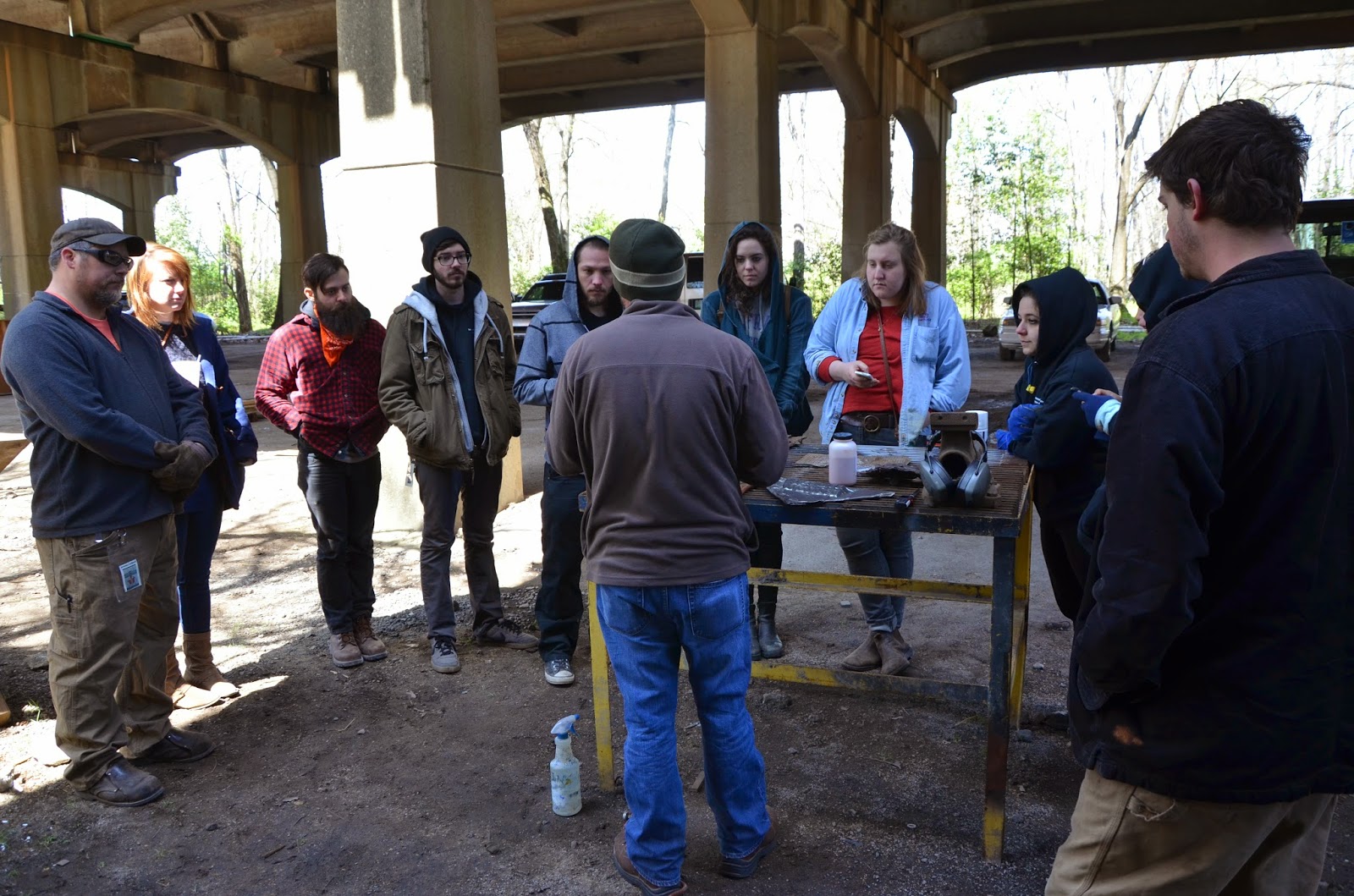 Field trips that connected the history of iron with the present in Birmingham included a visit to a big operational steel foundry and to North America’s largest free standing cast iron sculpture of Vulcan. 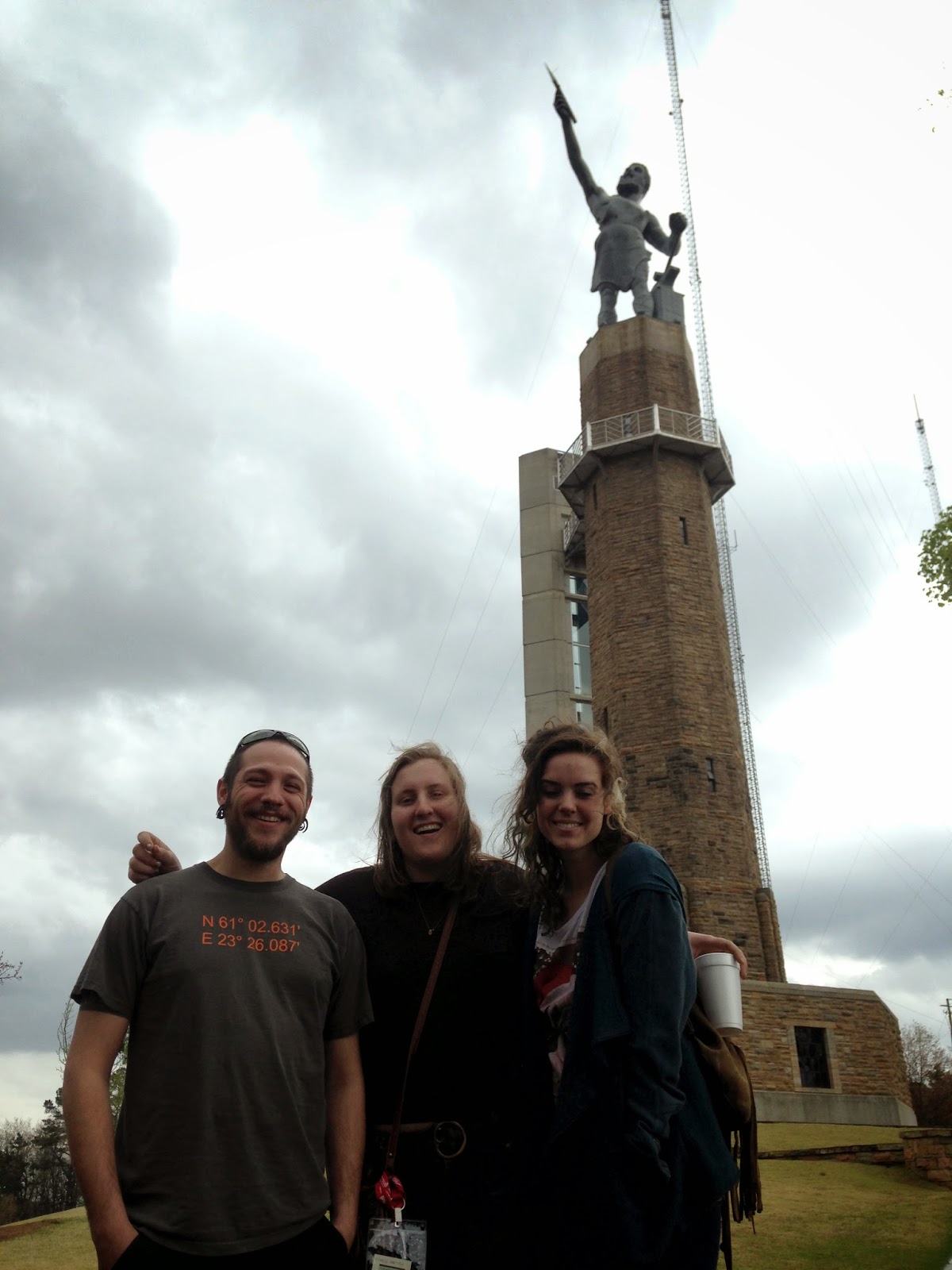 From the largest to the smallest .... Coral contacted the curator of the Royal Prussian Iron Works Collection, Anne Forschler-Tarrasch at the Birmingham Art Museum for a private tour. It turns out they have a total of 1,000 Napoleonic war era objects made of cast iron in storage which was kindly made available for our small group to examine and touch. 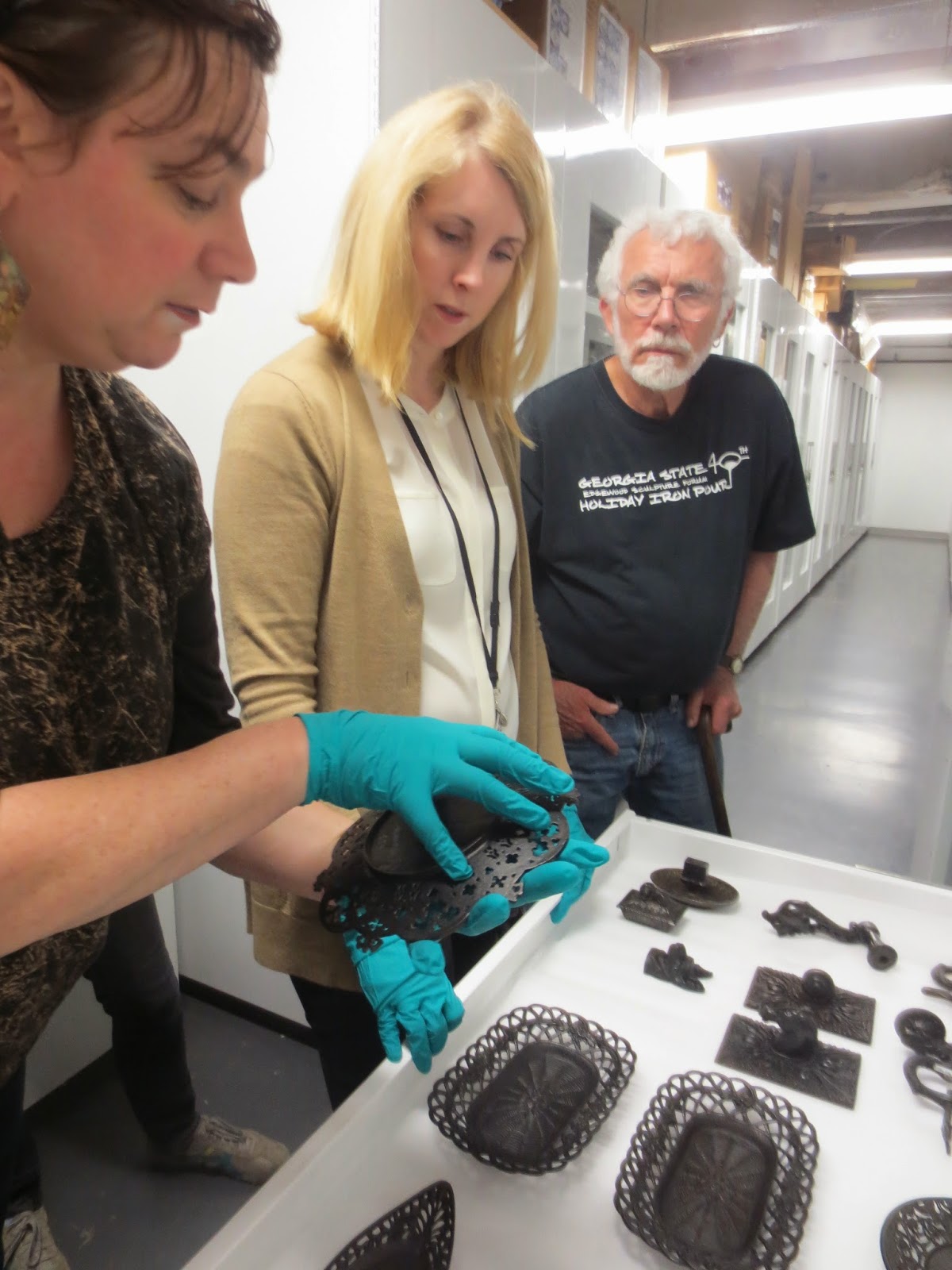 Here we see Coral Penelope and George Beasley with the curator Anne Forschler Tarasch getting up close in the archives and Liz Helfer examining the collection on permanent display. 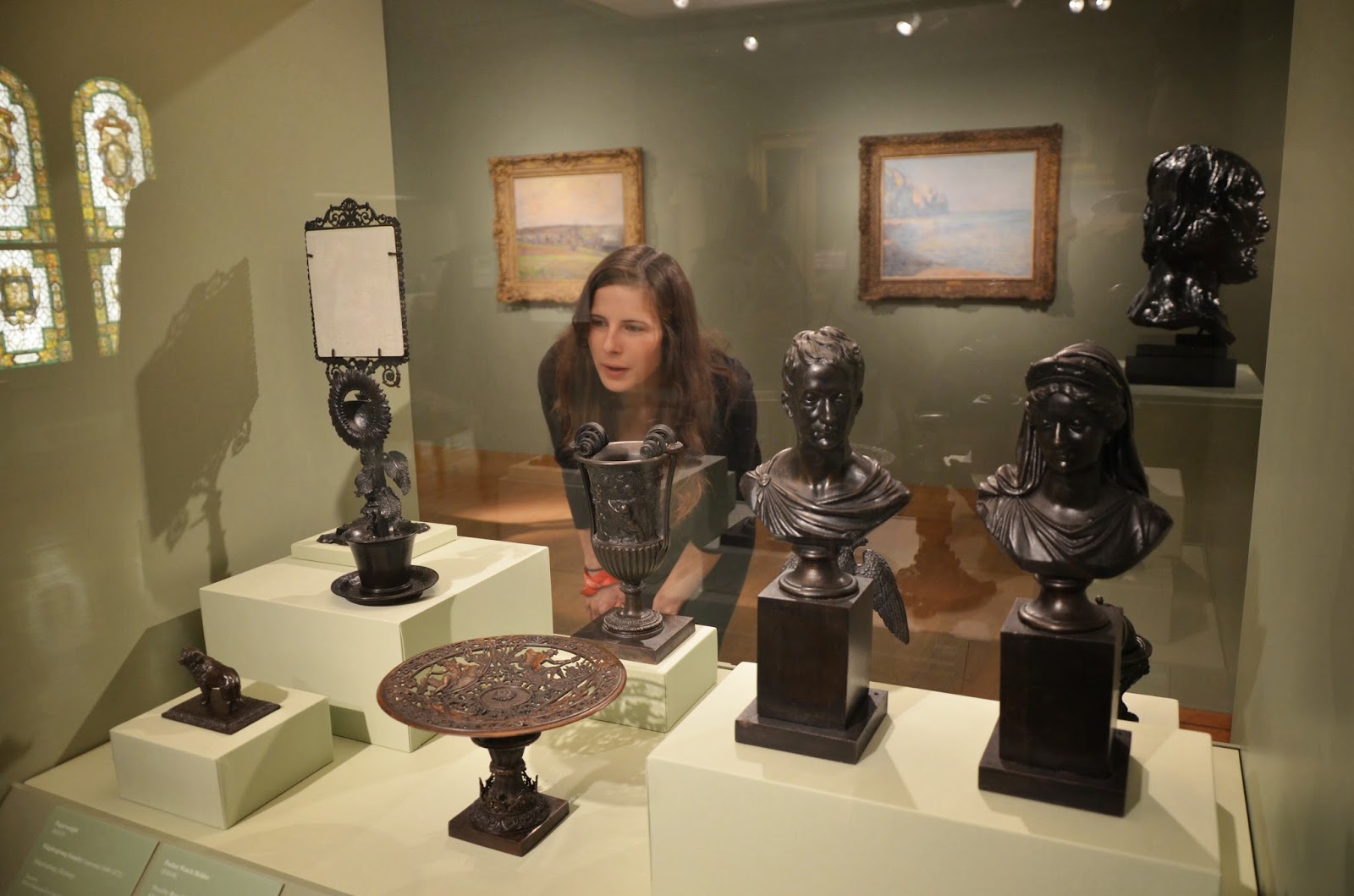 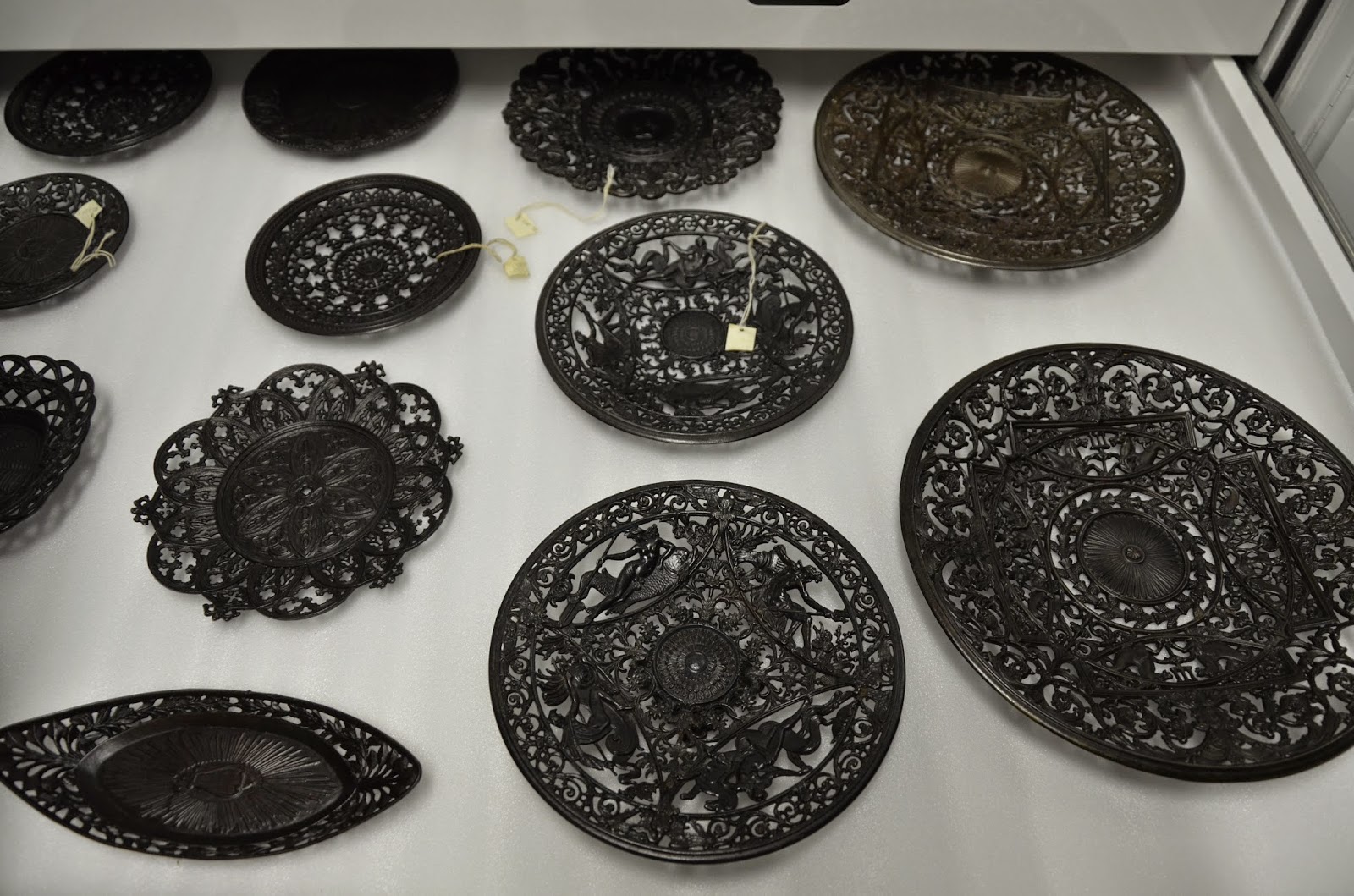 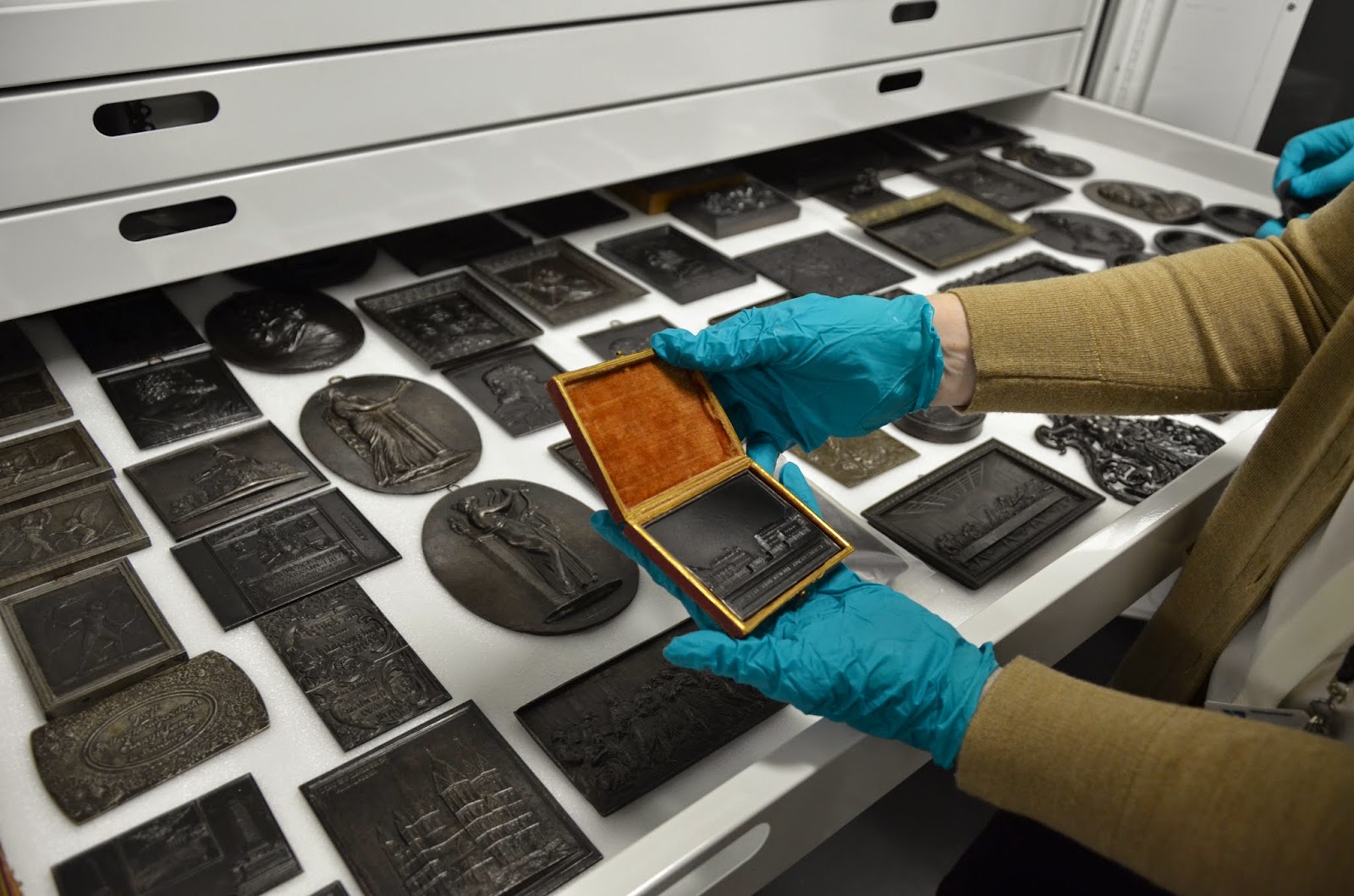 The tour concluded with a book signing of the comprehensive catalog “European Cast Iron: the Gustav Lamprecht and Maurice Garbaty Collections“ authored and graciously gifted a copy to each of us by Ms. Forschler Tarrasch. 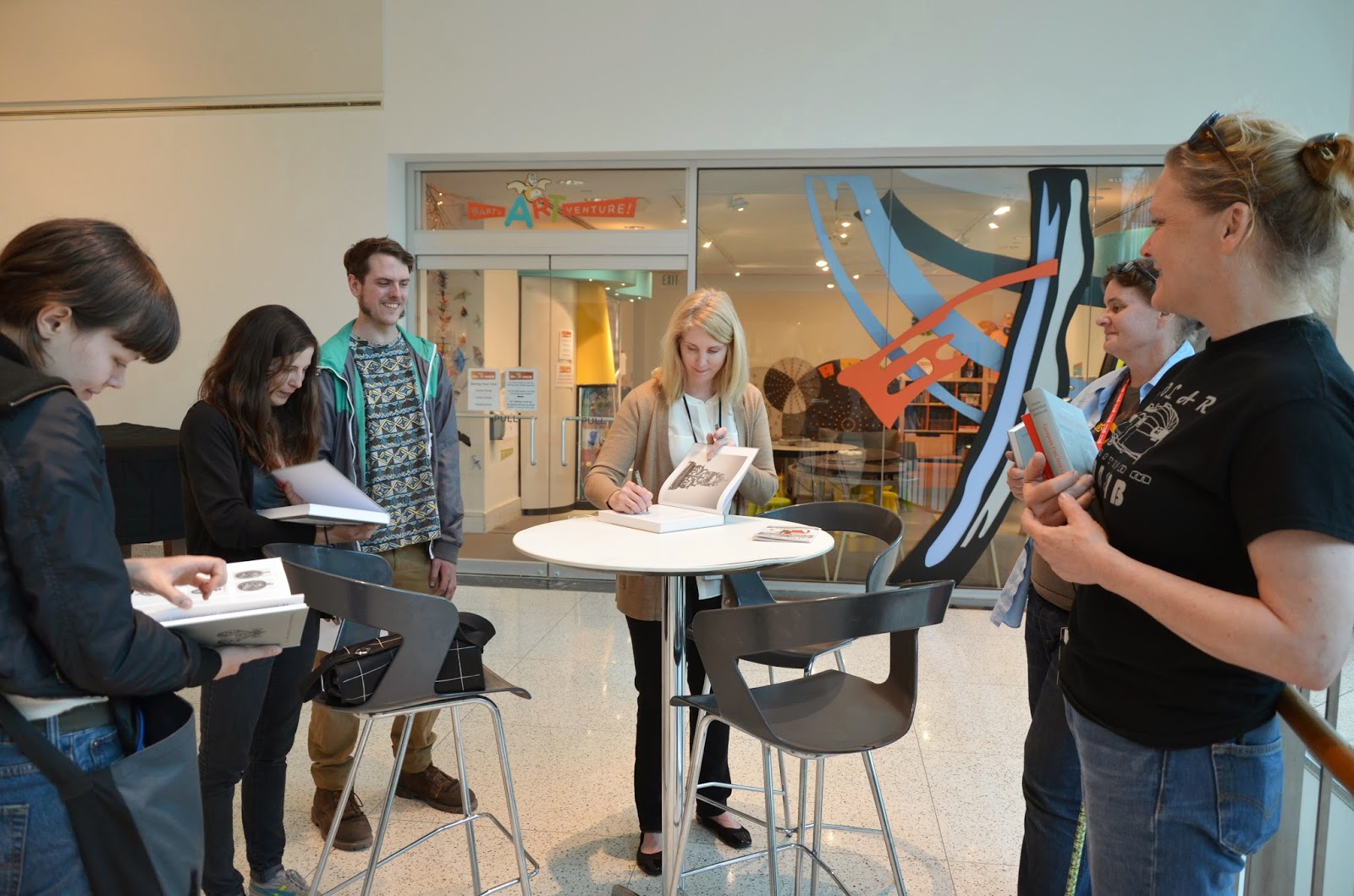 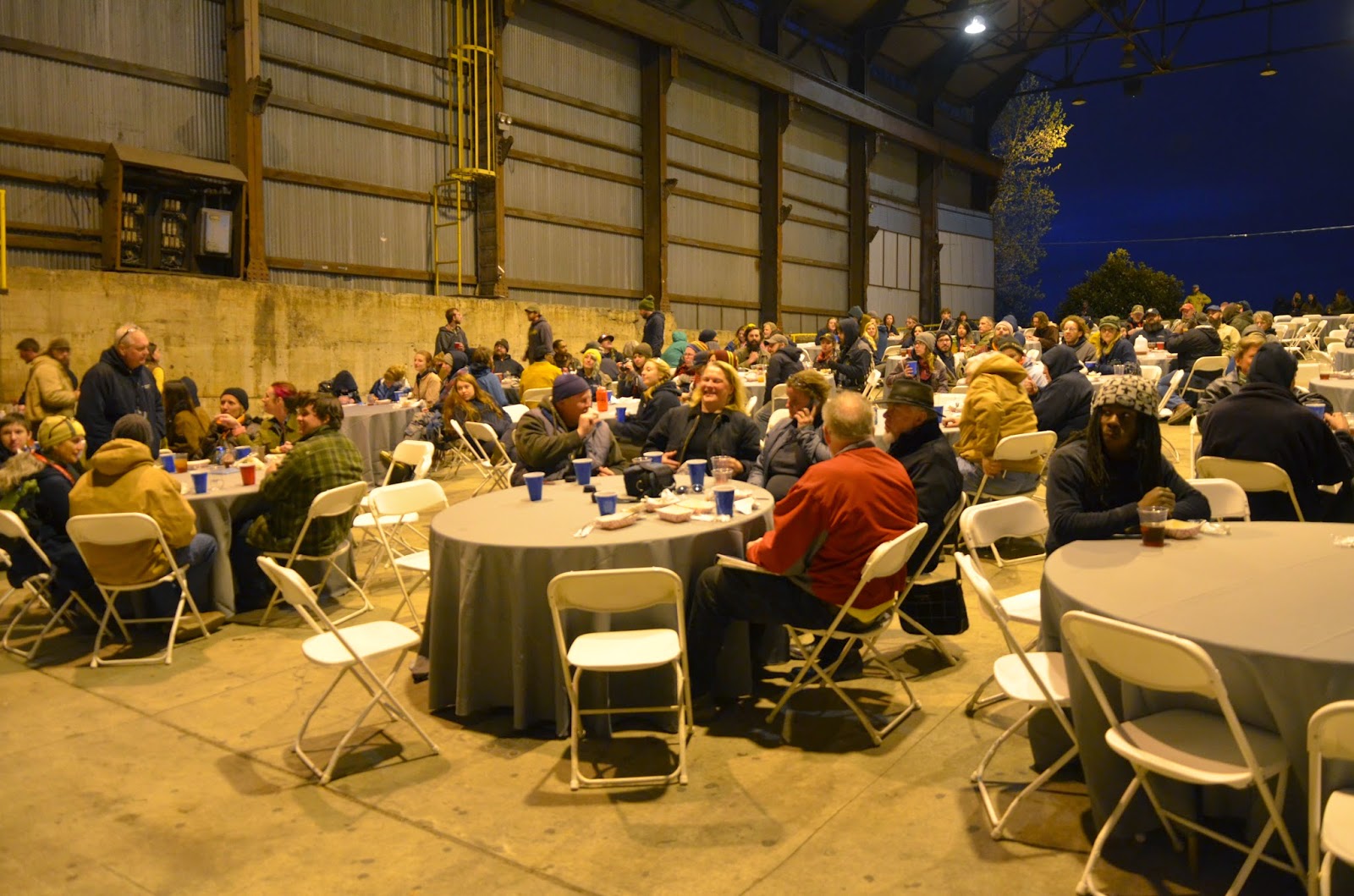 The clouds parted in time for the crowd to watch the University of Minnesota and Andrew Marsh’s Lucky 7 Arts pyrotechnic displays, recorded for posterity by an attendee piloting a drone. 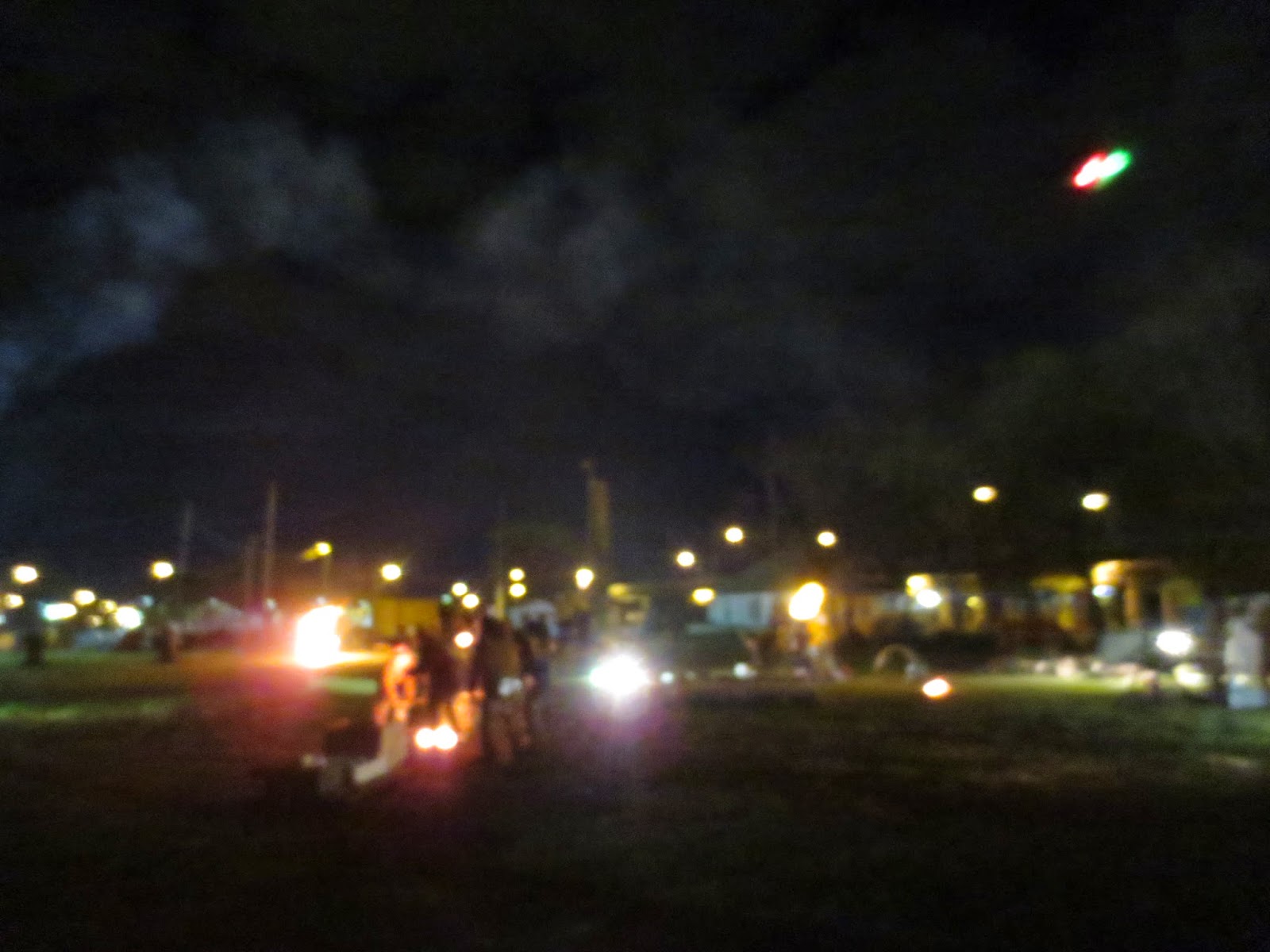 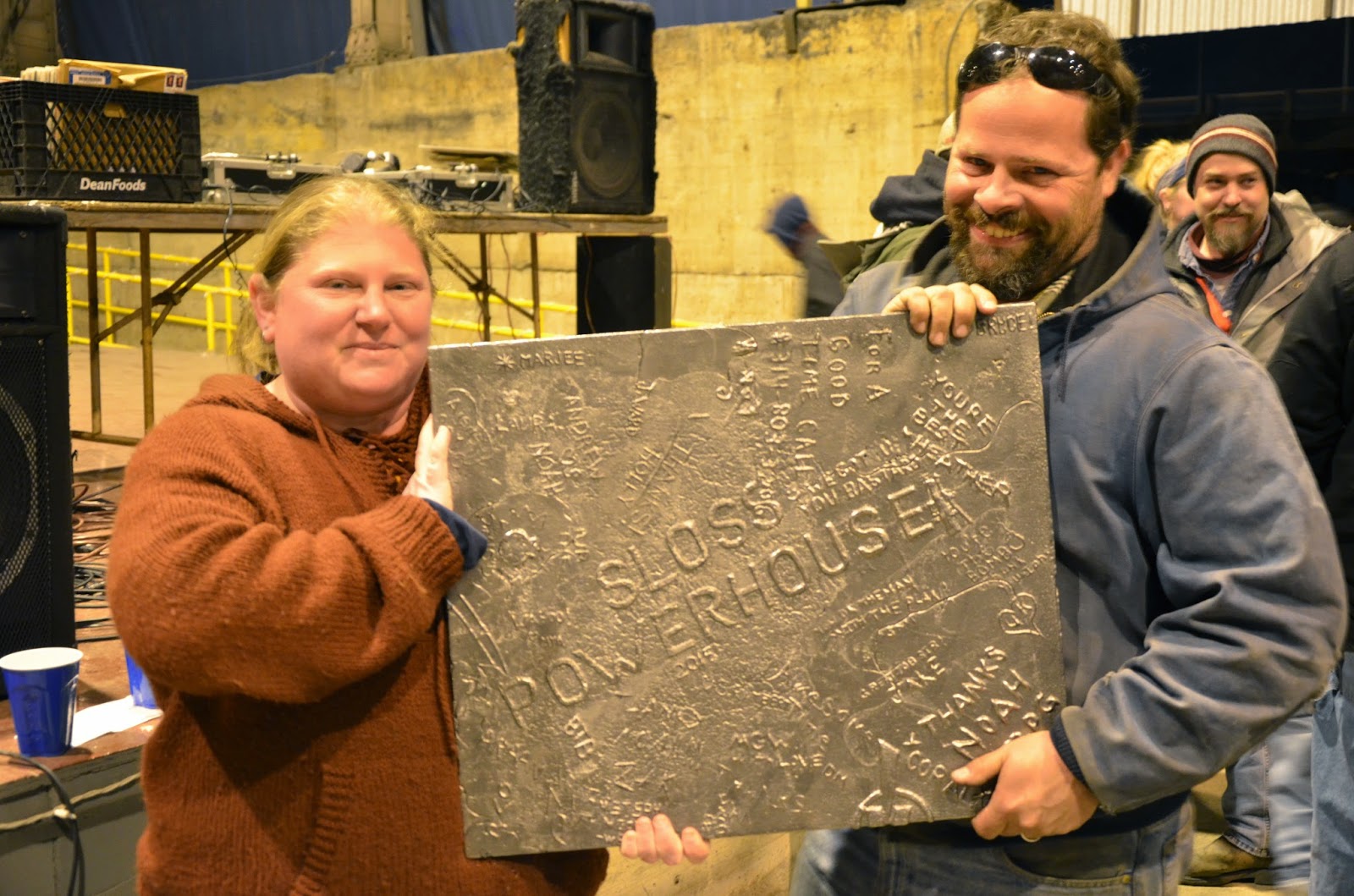 We send a Big Thank You to the Conference Steering Committee and the Conference Chairs : Marjee Levine and Noah Kirby as well as all of the organizers on the ground at Sloss in particular Heather Guy Novak .... from all of us at The National Casting Center Foundry at Alfred, we had an inspirational time!
Thank You also to our funders at Alfred University who made the trip possible :
Dean Leslie Bellavance
The Sculpture Dimensional Studies Division
Alfred Foundry Guild
and
The National Casting Center Foundry
We look forward to steeping forward in Iron Heritage with you at the next one in 2017 ! 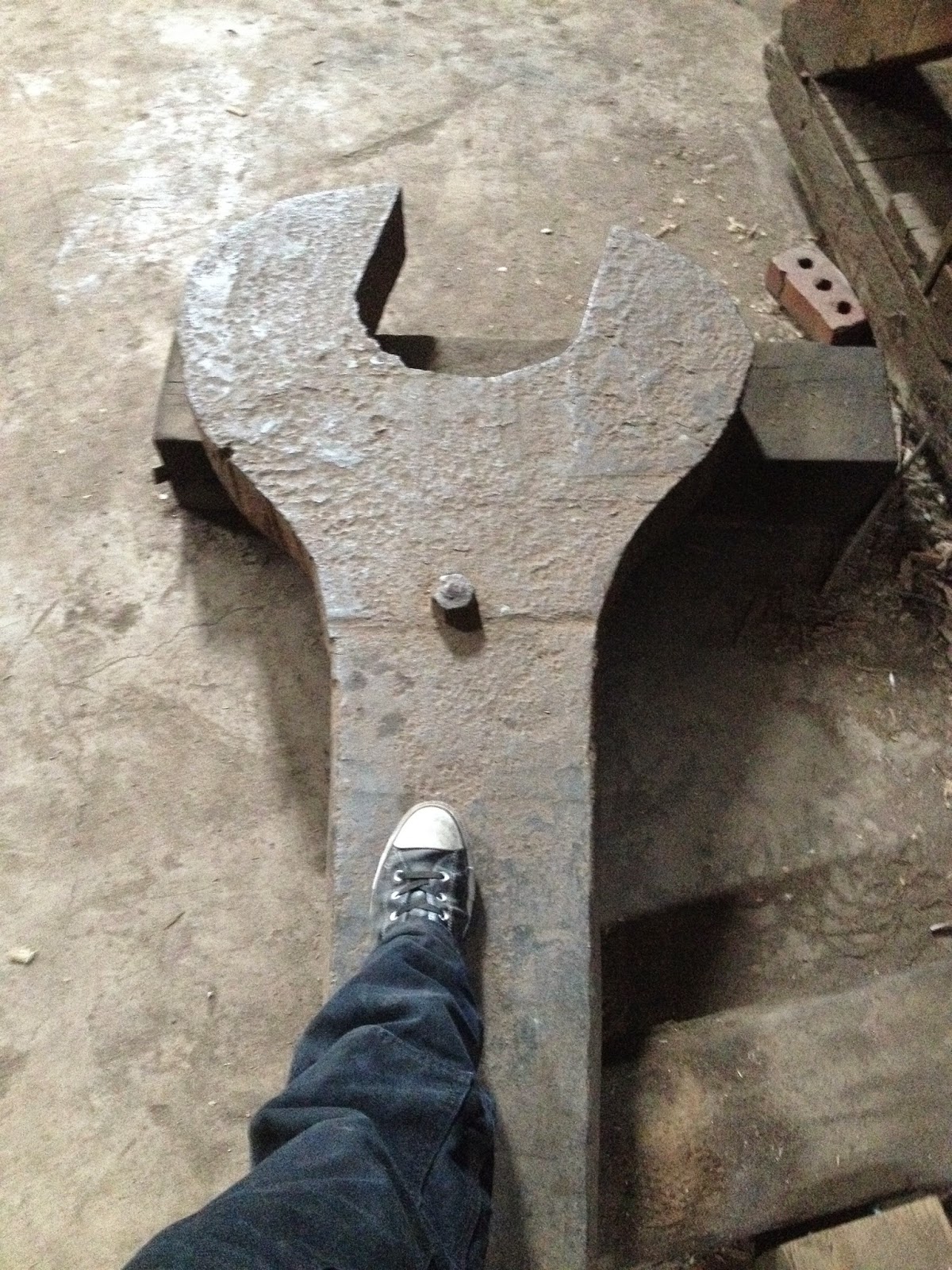 Posted by Firestarter at Wednesday, April 08, 2015

Looks amazing, hopefully be able to make the next one :D