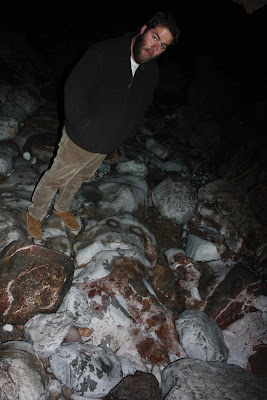 Stephen Coles graduated from Alfred University with an MFA in sculpture in May 2010. Born in the United Kingdom, it was through a series of conferences and symposia based around cast iron art that led Coles, to the United States, and eventually to Alfred University. Having always had a keen interest in creative practices Coles started his artistic career by enrolling in a National Diploma in Fine Art at Arts University College Bournemouth, Bournemouth (UK). This then led to Coles studying his BFA in sculpture at The West Wales School of the Arts, Carmarthen (Wales). It was whilst studying at his BFA that he first came into contact with metal casting, and more importantly, attended the 5th International Conference on Contemporary Cast Iron art in Ironbridge (UK) in 2006. This conference instilled an appreciation of cast iron as a material within his own sculpture practice, and furthermore led to his interactions in the United States. 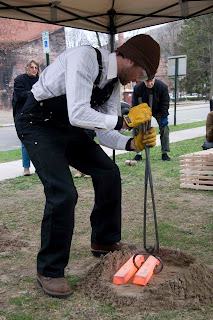 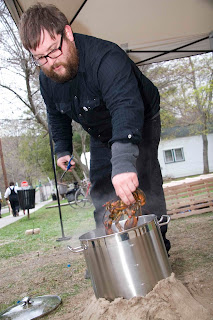 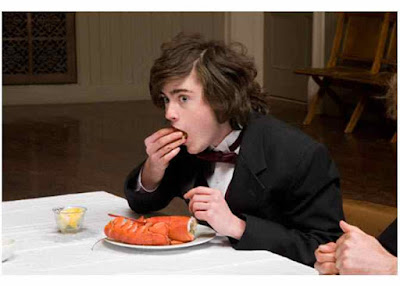 My work and its concurrent themes are often changing, especially when I consider the various bodies of work throughout my artistic career to date. It is true to say that in more recent investigations the work has developed more of an ambiguity. This being said there are some recurring issues that appear to underpin the work such as ideas surrounding humour, absurdity and identity.
I have always responded more to art that has tried to convey a message without preaching or approaching the subject in a condescending manner. I find that humour is one method of playing off of the publics’ emotions that can really generate a conversation, and dare I say, even bring around action albeit indirectly.
Secondly and I feel this is far more prevalent is that of the idea of absurdity in my artwork and how I try to reflect the absurdity of the culture in which its inception has come about. After all we’re all told that our current lifestyles are unsustainable, and yet people seem happy to try to keep the status quo and ignore the white elephant (polar ice cap) in the room.  I find the whole futility of this paradox a fascinating one and if I can draw attention to it, and instill some sort of debate about it, then perhaps something may come about through those actions, otherwise I say I may as well enjoy the ride whilst it lasts. 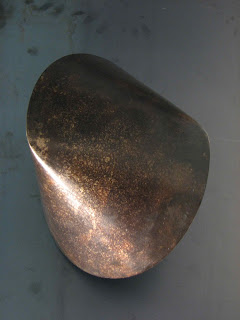 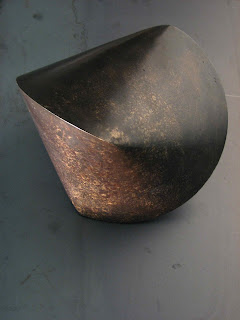 Posted by Firestarter at Monday, February 20, 2012

I was at Ironbridge with you Stepen, also Alfred Alum. Love the cupola, my students and I built one similar back in 2006 at WVU. Great stuff-