LIFE OF AN EXQUISITE CORPSE 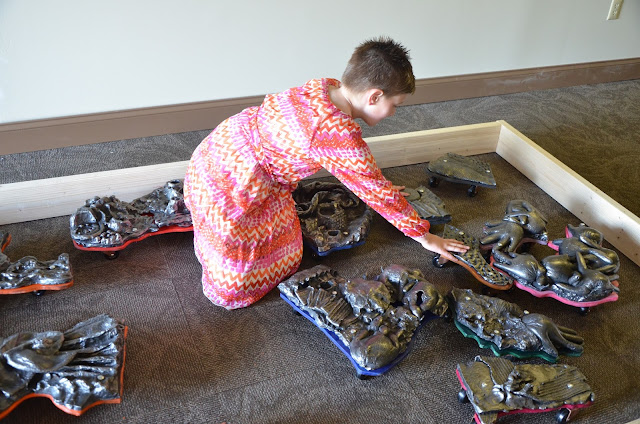 Adapting the collaborative, chance-based drawing game known as the ‘Exquisite Corpse’ developed by the Surrealists in the 1920’s the Intro to Sculpture Students explored the process of casting iron. Each collaborator adds to a composition in sequence, either by following a rule or by being allowed to see only the end of what the previous person contributed.

The students were given the task of coming up with a way to make a large work together. In the first session minimal tools and materials were provided such as plasticene, chalk, paper and space. 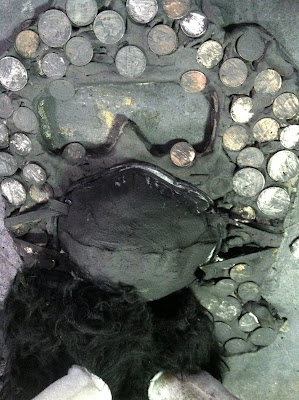 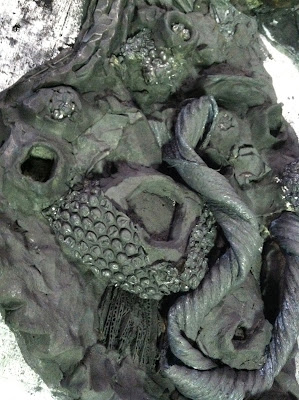 Using what was at hand and even what was in their pockets such as the pennies for the head: juxtapositions resulted in opposing textures and a composite figure with the body dismembered.

Working together with sand molding for the first time, two part molds of the plasticene and found object body parts were made. Students collaborated mixing resin bonded sand together, packing the molds and helping each other clean and prepare them for casting. 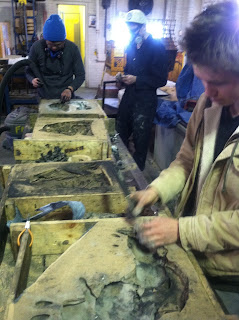 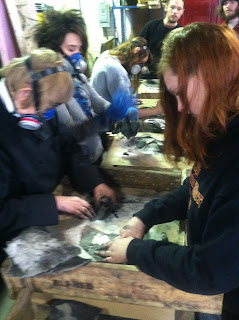 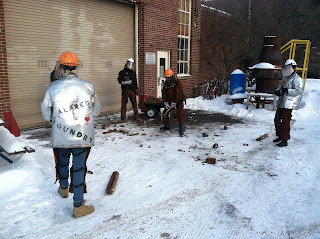 Iron was chosen as the appropriate metal to cast the 'Exquisite Corpse' because of its relationship to iron in our blood. Scrap Iron was broken up with sledge hammers and melted in our coke fired cupolette 'MothRa'. On a cold February day still temperatures rose to 2700f! 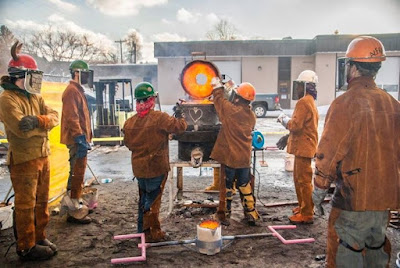 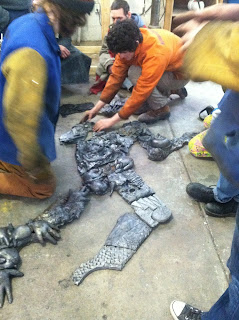 After the pour the body parts were sandblasted and reassembled. The next question put to the students was about how to display the body: how could it function? would people interact with it at all? who was the audience? Students were directed to develop a public art proposal including, drawings, budget, installation and maintenance requirements. 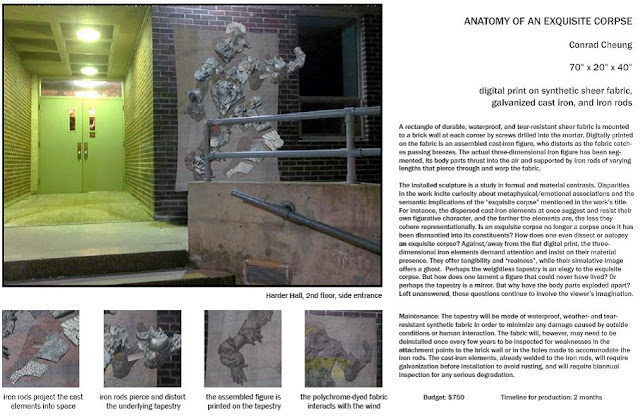 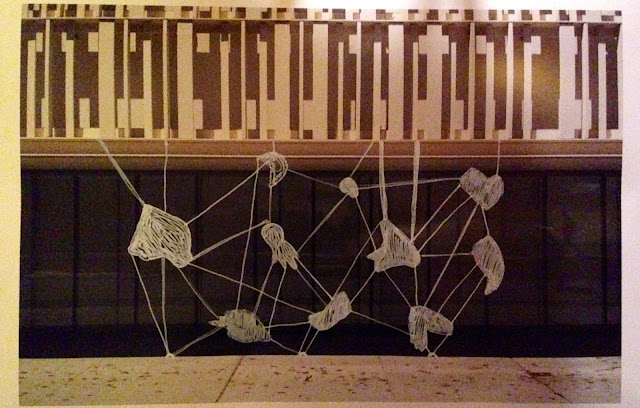 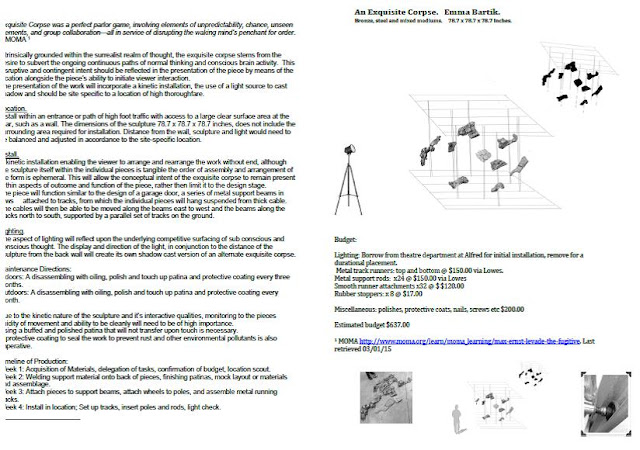 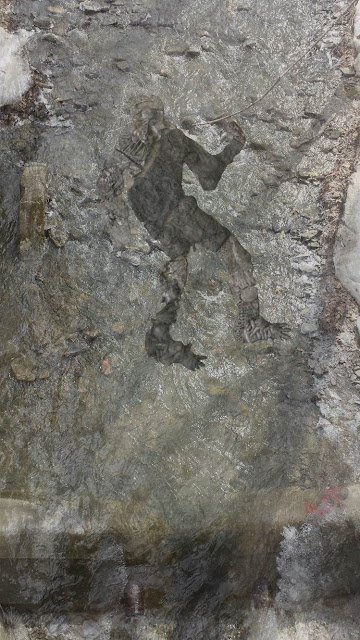 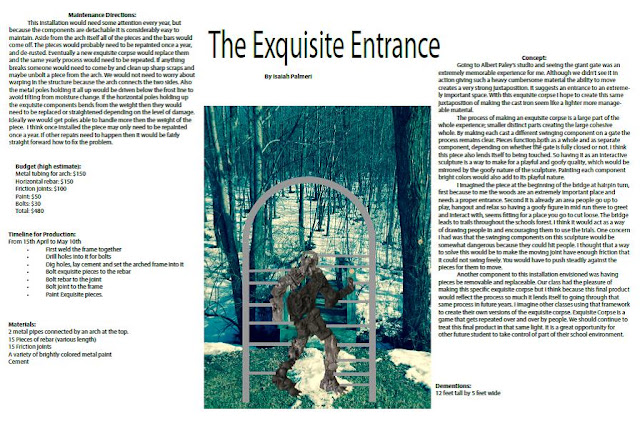 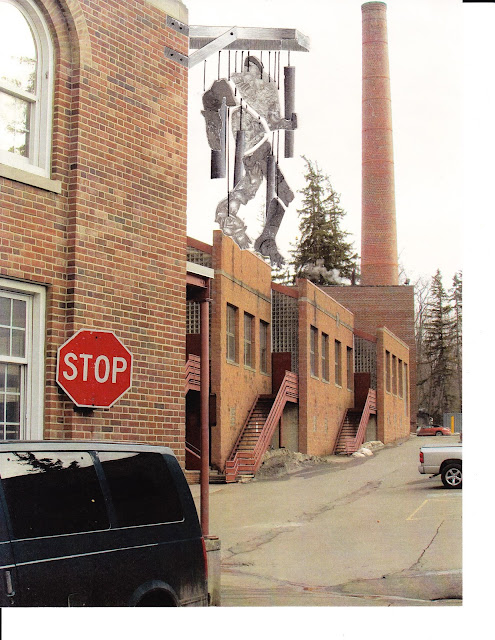 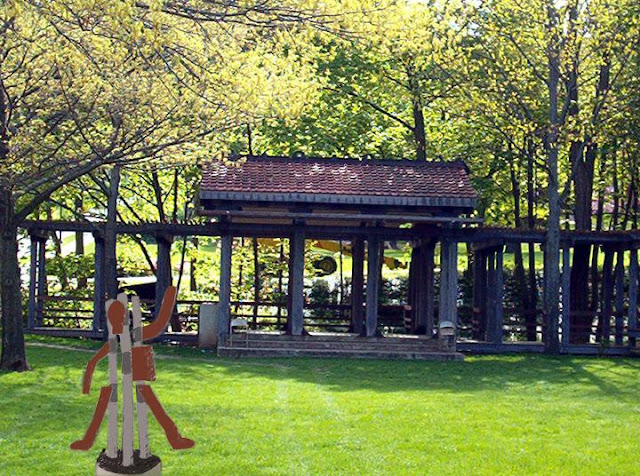 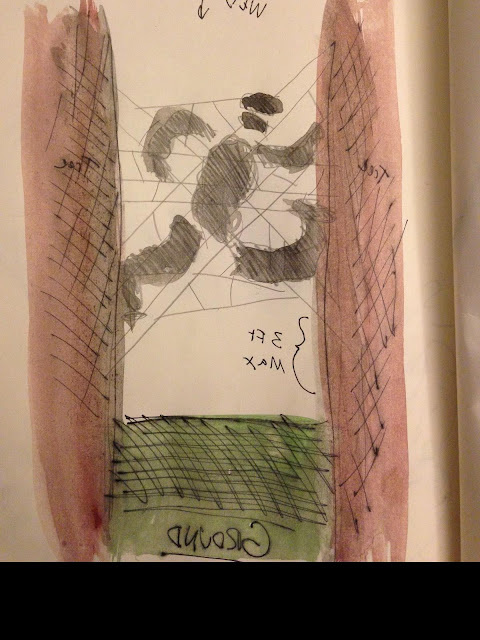 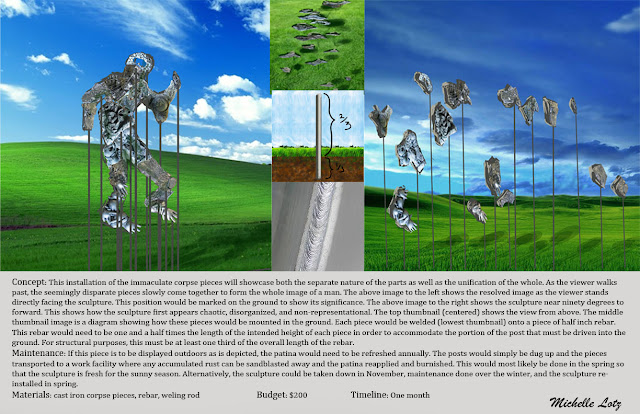 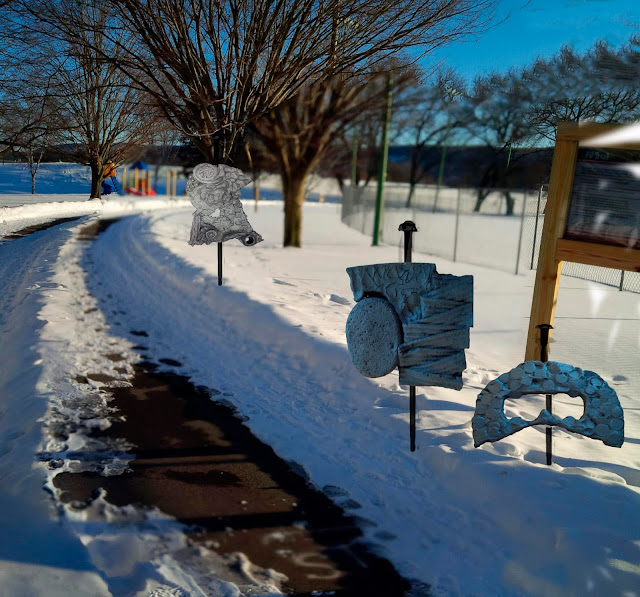 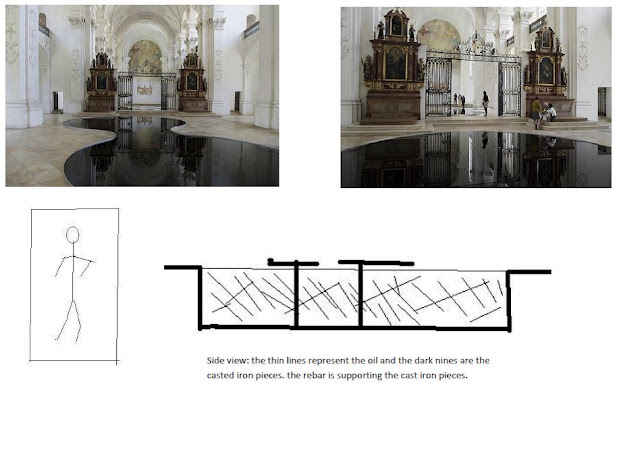 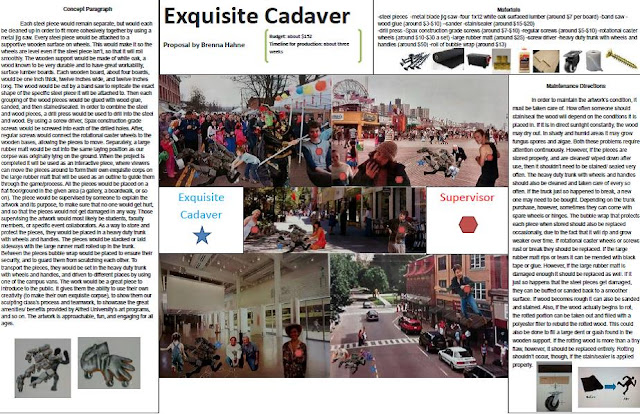 Brenna Hahne's proposal above was chosen to be implemented for the Hornell Art Walk where the whole group was putting on an exhibition of their other work for the class. Wooden backing was attached so all the components could have wheels to make it easier to move around allowing visitors to create many different configurations. Some pieces weighed over 50# but with the wheels it made it easy. the wood was painted colorfully by each student continuing the collaborative nature of the project. 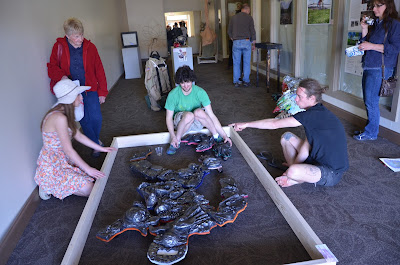 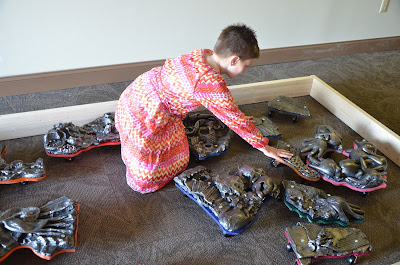 ﻿
The Exquisite Corpse now hangs at the entrance to the National Casting Center Foundry, you are welcome to drop by any time to check it out! 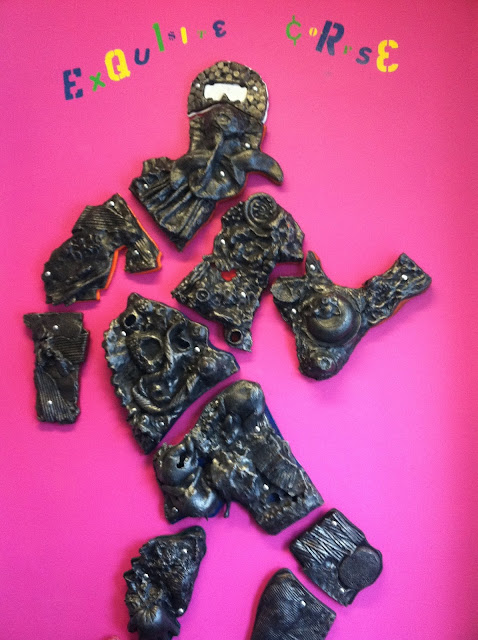 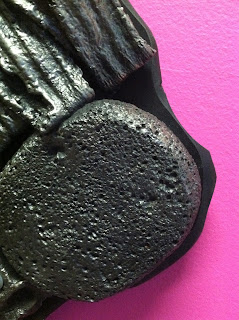 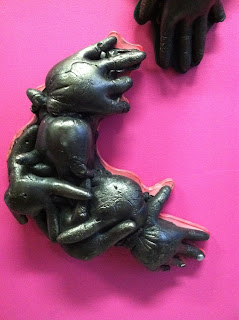 We are just missing one piece so if you see a section like this on your travels you can bring it to us and we will add it back to fully complete it!


All work made during Intro to Sculpture : Spring 2015 with Professor Coral Penelope Lambert